Language that defined the 8-bit era celebrates half a century 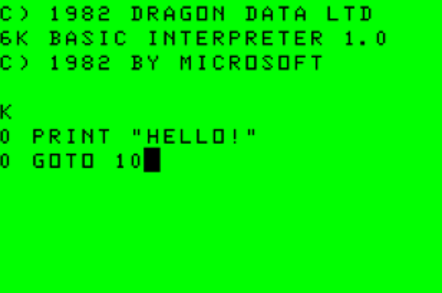 Wanna feel old? Thursday marks the fiftieth anniversary of the invention of BASIC, the programming language that took the computing world by storm during the PC revolution of the mid-1970s and 1980s.

A version of BASIC shipped with practically every home computer of the era, but the language actually dates back to 1964, when computer boffins John Kemeny and Thomas Kurtz ran the first successful BASIC program on May 1 at 4am.

Kemeny and Kurtz originally developed the language as a teaching tool for the time-sharing computer system at Dartmouth College in New Hampshire. Drawing loosely on Fortran and ALGOL 60 for inspiration, the pair sought to create an easier way to build software, even for students who lacked a formal mathematical background. The result was BASIC, an acronym for Beginner's All-purpose Symbolic Instruction Code.

Almost immediately, BASIC was a hit. Kemeny and Kurtz made their compiler available free of charge and they promoted the language heavily. Soon, various computer companies were offering versions for their own equipment, often boasting in their marketing materials [PDF] that anyone could write working code in BASIC with just a few hours' training.

Flash forward to 1975, when electronics vendor MITS paid two young programmers to create a BASIC interpreter for the Altair 8800, an early microcomputer. Those coders were named Paul Allen and Bill Gates, and the company they would later found – originally styled Micro-Soft – would go on to do more to publicize BASIC than perhaps any other firm.

BASIC interpreters were Microsoft's core business into the early 1980s, before MS-DOS became an even bigger cash cow. Microsoft supplied the Applesoft BASIC interpreter for the wildly popular Apple II line of home computers, and many of Apple's competitors at the time also licensed Redmond's code, including Atari, Commodore, and Tandy/Radio Shack.

The language became so popular during this period that a BASIC interpreter was virtually a requirement for any home computer. Companies that didn't license Microsoft's version created their own, resulting in such dialects as BBC BASIC and Sinclair BASIC in the UK.

Not that the language was without its critics. BASIC interpreters of the 1980s were often slow and lacking in features, and the language's syntax was often criticized for encouraging poor programming habits. As the home computing age transitioned into the PC era, many hobbyist programmers traded BASIC for later, more sophisticated languages, such as Pascal and C.

Still, Microsoft never forgot its roots. Visual BASIC for Applications is still the primary way of extending the applications in the Office productivity suite, and a 2007 Forrester Research poll found that 59 per cent of .Net developers use Visual BASIC .Net as their only language.

Love it or hate it, BASIC is a language with staying power. So from all of us old Reg hacks who cut our teeth on BASIC code in the 8-bit era, here's to a fondly remembered 50 years ... and counting. ®

El Reg broke our own "keep it simple" style rule of single quotes in headlines for your own good. Nobody loves a syntax error.