Will sell single data cartridge that holds 185TB of data 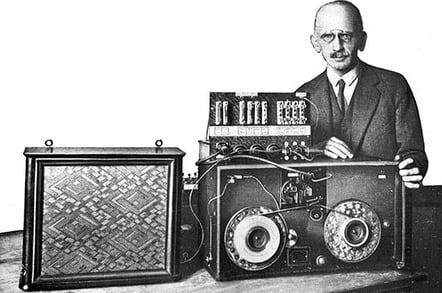 Researchers at Sony have developed a new kind of magnetic tape that can store 74 times the data of current designs, dramatically cutting the amount of room needed for backup libraries.

The tape is manufactured using a new vacuum thin-film forming system that deposits a string of uniformly orientated nanocrystals in a layer less than five micrometers thick. The crystals that are used to record data are much smaller than previously created, averaging 7.7 nanometers across, and this, along with their precise alignment, gives data densities of 148 Gb per square inch of tape.

"By optimizing sputter conditions and independently developing a soft magnetic underlayer with a smooth interface, Sony has made it possible to minimize disparities in crystalline length and growth," the company said in a statement.

To put that figure into perspective, the first magnetic storage tape, used by UNIVAC in 1951, was only capable of handling 128 characters per square inch, and the LTO-6 high-end LTO Ultrium tape currently used can manage just 2Gb per square inch.

Sony says the new manufacturing technique is commercially viable and it's working to develop it into a data cartridge that can store 185TB of uncompressed data, although it isn't saying when. The company also suggests that greater densities could be achieved by using even smaller nanocrystals.

While some analysts have been predicting the death of tape for some time, it's still very popular for certain types of storage. Long-term backup is the main market these days, in addition to processes that are very data heavy. CERN makes extensive use of tape to record the findings of the Large Hadron Collider, for example.

Provided Sony can adapt the technique to mass production – and at a commercially viable price – this new tape could put its competition in trouble. While tape densities have been increasing slowly, this kind of technological leap could seriously disrupt the market. ®

Big Red keeps schtum over the status of StreamLine