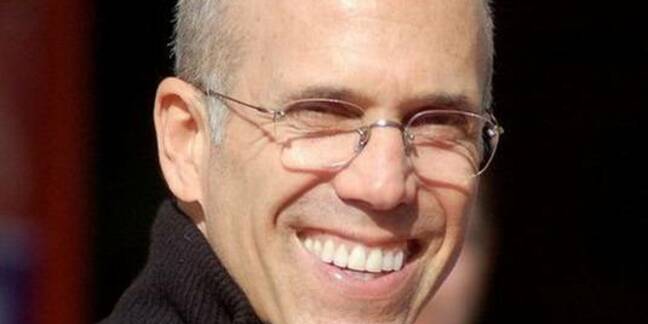 Speaking at the Milken Global Conference in Los Angeles, Katzenberg said that in the next ten years he would like to see the movie industry move to the new pricing model. Under his plan, films would be released to cinemas for three weeks and then made available for download, with the price dependent on the hardware used to view them.

"These movies will be available everywhere ubiquitously and you will pay for the size. A movie screen will be $15. A 75-inch TV will be $4.00. A smartphone will be $1.99," he said, Variety reports. "That enterprise that will exist throughout the world, when that happens, and it will happen, it will reinvent the enterprise of movies."

Initiating such a plan would be problematic, to say the least. Katzenberg's plans would require some kind of hardware identifier (and you can bet screen-size spoofing would become popular) and tying movies to a particular device might also require some fairly intrusive DRM.

But Katzenberg said the pricing model was essential to ensure that Hollywood keeps on making big bucks from its films, something he sees becoming more and more of an issue.

“Movies are not a growth business,” he said. With this in mind, DreamWorks is diversifying its output to produce shorter films and series intended for TV and digital download, he said.

Based on the latest financial results from his studio, Mr. Katzenberg may have a point. On Tuesday, DreamWorks reported a loss of $42.9m for the quarter, with most of that attributable to its film business. DreamWorks' TV programming arm reported a small profit. ®