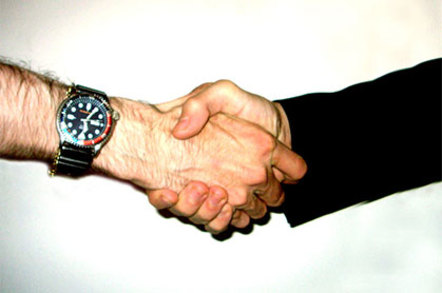 Japan looks set to sign a number of agreements with Western allies in the coming weeks, in what appears to be a series of moves designed to keep China in check militarily and in cyber space.

A Tokyo official said on Tuesday that PM Shinzo Abe is planning to finalise a deal with French president Francois Hollande next week which will see the two countries co-operate on building unmanned surveillance submersibles, according to Kyodo.

The two nations have already agreed to team up on developing defence technologies, but Japan is apparently looking to manoeuvre the deal so that France can’t sell on any of that equipment to a third party.

China has apparently been sniffing around after Xi Jinping met Hollande in Paris last month.

Tokyo has set aside ¥500 million (£2.9m) for the current fiscal year to develop the underwater drones, the report claimed.

On the same tour to Europe – which will take in Germany, the UK, Spain, Portugal and France – Abe is also planning to meet EU leaders in Brussels in a bid to ramp up co-operation on cyber security related matters.

A draft statement to be issued after the meeting and seen by Kyodo also points to an inaugural Japan-EU Space Policy Dialogue meeting in Tokyo in the second half of the year.

A brief exert had the following:

Facing more severe, widespread and globalised risks surrounding cyberspace...protection of a safe, open and secure cyberspace is needed...We affirm the importance of safety, security and sustainability of outer space activities.

Hawkish Abe has made no secret of his desire to engage more proactively with the international community on cyber security and military matters, in a bid to counter the growing dominance of China in Asia and on the world stage.

His government has already mooted plans to create a DARPA-style agency to research, develop and adapt cutting edge technologies for possible military use.