You've heard of the internet, right? Well this here might just be the INTERCLOUD

Now you can have a server in every port 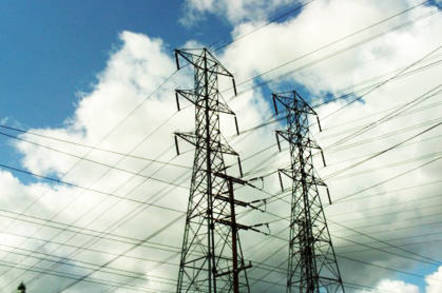 Equinix has removed one of the most intractable stumbling blocks in cloud computing's evolution from a high-price, differentiated market into one of low-cost utilities – by making it trivial for customers to suck data out of one provider and pour it into another.

The colocation provider announced its Cloud Exchange service on Wednesday. In so doing, it brought the cloud market one step closer to behaving more like a utility such as electricity by reducing the cost of switching data and compute between providers.

Cloud Exchange uses Equinix's globe-spanning fleet of data centers, combined with the huge presence of edge equipment of major cloud providers in its facilities, to gin up a system for giving customers the option of connecting up with clouds from Amazon and Microsoft through dedicated 1Gb or 10Gb connections.

This is because both providers have gear (and links to it) within Equinix data centers via their ExpressRoute (Microsoft) and Direct Connect (Amazon) schemes.

"Equinix provides a Cloud Exchange Portal and APIs that simplify the process of managing connections to multiple cloud services," the company explained in a press release. "Customers can use the portal and APIs to allocate, monitor and modify virtual circuits in near real-time with the provisioning of those circuits automated end-to-end from the Cloud Exchange to the service provider."

In other words, customers can swiftly set up and tear down VLANs that involve not only their gear, but connections through to the mammoth public clouds of Amazon and Microsoft – and likely others in the future.

This means that a customer could, say, have some servers in an Equinix facility with dedicated connections into hardware operated by both Amazon and Microsoft and could use Cloud Exchange to easily configure and move data between them.

What this makes possible is that when one of these providers dramatically cuts the prices of storage in its cloud, the customer can immediately slurp data out of Provider A via a dedicated connection, shuttle it through the owned servers, then spurt it up into Provider B.

This is a much better solution than going across the public internet for intercloud transfers, and it makes it possible to ship larger amounts of data between providers before having to accept the grim realities of physics and loading it into a set of hard drives and sticking them in the post to Amazon, Google, or Microsoft.

"If you're already on the Cloud Exchange you can select this setup and teardown of all infrastructure – not just the cloud, the network," explained Equinix's vice president of cloud innovation, Chris Sharp, in a chat with The Register. "We're trying to overcome the limitation of the network and of the internet."

There will be a per-port charge and a VLAN administration charge, Sharp said, but did not disclose prices. El Reg's hovering cloud bureau hopes Equinix isn't so thick as to charge so much that the utility possibilities are killed. We also hope Equinix brings Google in to give the market greater competition and (hopefully) further lower the switching costs.

Cloud Exchange is another important step in cloud computing's transformation into a utility market, and follows the Chicago Mercantile Exchange saying that from next year, traders will be able to buy and sell contracts of the stuff, as well. ®