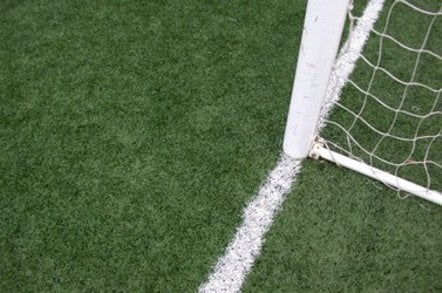 The company hauled 53.68 trillion Korean won (about $US50 billion) through the doors between January 1 and March 30 2014, 8.49 trillion won (about $US7 billion) of which was operating profit. That's up on 2013's corresponding quarter, which is expected, and down on the company's previous quarter, which is also expected because the early months of the year are slow times for gadget sales.

The company thinks things will soon get better, as Northern Hemisphere residents start to splash some cash on air conditioners and new tellies, both of which are expected to make it easier to enjoy the football World Cup.

There are some interesting nuggets inside the canned results statement and Korean language (PDF) slideware, such as:

The company is clearly, and predictably, banking on the recently-released Galaxy S5 to give its mobile division a boost in 2014's second quarter. Growth in that division will be welcome because it delivered a one per cent downwards profit wobble in the first quarter.

Not mentioned in the results documents is how users respond to the software Samsung packs into its phones and phondleslabs. Perhaps the reason for the absence is that the company is not having much success enticing owners of its devices to use its online services. Analyst outfit Strategy Analytics writes that Google's services and apps occupy much, much more of owners' time than Samsung's own.

The graphs below spell out the situation in … ummm .. graphical detail. 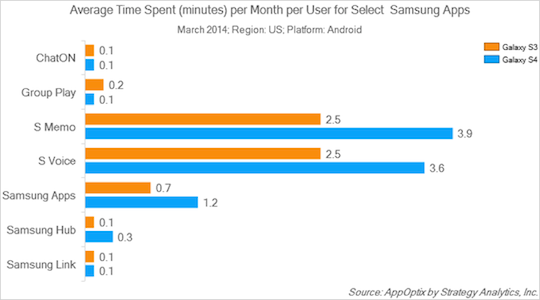 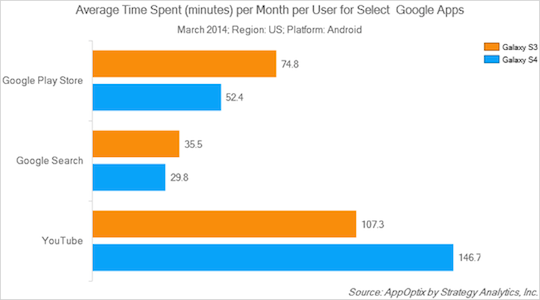 ... but spend lots and lots of time with Google apps and services

This situation leaves Samsung as a cash cow for Google, a situation it cannot enjoy. Indeed, the Korean company's flirtation with the Tizen operating system has long been thought to be a way to free itself from Android and thereby give itself a better chance of picking up the cash that comes with app sales and subscriptions for other services.

Samsung's software has often been criticised as rather mediocre, so even if it did make the jump to Tizen the company would need to lift its game or risk further contraction in its mobile business. Would it dare take that risk with that division already wobbling a little? Can it afford not to if it is leaving app store cream for Google to slurp? ®