NetMundial statement touches on surveillance but drops other key issues 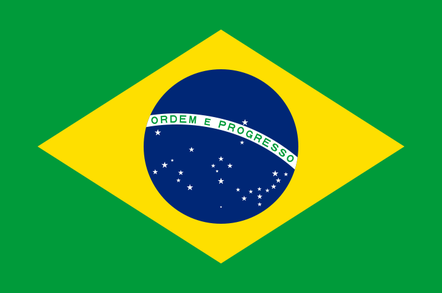 NetMundial, last week's two-day conference on Internet governance staged in Brazil, has fizzled out to a bore draw with its concluding communiqué [PDF] failing to suggest strong action on key topics and for the most part reiterating previous conferences' conclusions.

Despite high expectations, the issue of mass online surveillance merited just three paragraphs in the 11-page document, each written in broad terms and the longest comprising of restructured text from a recent privacy resolution of the United Nations.

The language used - "Procedures, practices and legislation regarding the surveillance ... should be reviewed, with a view to upholding the right to privacy by ensuring the full and effective implementation of all obligations under international human rights law" - are unlikely to give any government pause.

Other key topics raised at some length in written contributions and then through two days of open forum - including net neutrality, liability of intermediaries, and the transition of the Internet's key IANA contract away from the US government - were edited down to short, mostly descriptive text.

And despite calls, particularly from EC Commissioner Neelie Kroes, for the outcome of the conference to contain concrete steps and actions, much of the final document comprises references to past Internet governance texts and conferences. Efforts to introduce specific timelines or actions never made their way out of late-night drafting sessions.

Frequent references to human rights and to using the "multistakeholder model" for future Internet policies in the final document meant that a number of countries including Russia, Cuba and India refused to endorse the final statement.

Similarly, a number of civil society groups were frustrated by intense lobbying by US tech interests that resulted in a game of statement ping-pong before drafters eventually settled on the most unobtrusive version. Several topics that impacted US content companies and DNS oversight organization ICANN were controversially edited outside the usual drafting process, leading to an online petition of people refusing to accept the final document.

The tight timeline has also caused the final summary to suffer from bad wording as well as excessive adjectives, buzzwords and jargon. It is unlikely that anyone outside the Internet governance world will read the document, or even understand parts of it.

Regardless, many attendees were happy with the end result since it pulls together a number of principles for Internet governance that have been developed in the past decade and put them into a formal document that can be referenced in future. It also acts as a useful summary of current Internet governance discussions and venues.

Perhaps what the conference will be best known for however is the approval of completely different text that it helped speed on its way.

President Dilma Rousseff used her opening speech to sign into law the widely regarded and popular Marco Civil for Brazil. The result was lots of positive local media coverage that will help her re-election chances in October this year. She for one will be happy with NetMundial's outcomes. ®