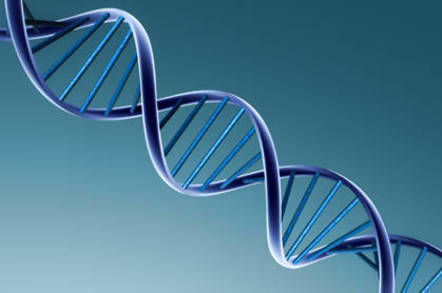 According to a new research from genetics gurus, the Y chromosome that all men carry is not at all hobbled by its missing bit.

The bloke-osome is thought to have evolved from the X, with bits dropping off during 300 million years of evolution. This led to a theory known at the "rotting Y", which said that men would eventually become extinct as their rubbish chromosome falls to pieces.

But Whitehead Institute Director David Page begs to differ. He and his team at the MIT-linked lab in the US have spent the past decade standing up for blokes – and insisted that the unfairer sex has a long time left on this planet (war, mass suicide and grey goo scenarios not withstanding).

He found that rather than a liability, the Y chromosome may actually confer advantages on gents, and his team has published a new paper suggesting why. The abstract of the research work states:

The human X and Y chromosomes evolved from an ordinary pair of autosomes, but millions of years ago genetic decay ravaged the Y chromosome, and only three per cent of its ancestral genes survived. We reconstructed the evolution of the Y chromosome across eight mammals to identify biases in gene content and the selective pressures that preserved the surviving ancestral genes ... We propose that beyond its roles in testis determination and spermatogenesis, the Y chromosome is essential for male viability.

"This paper tells us that not only is the Y chromosome here to stay, but that we need to take it seriously," Page said.

There is no doubt that the Y chromosome is pretty puny compared to the X. Indeed, Page's previous research suggests the Y contains just 19 of the 600 genes it once shared with the X.

Yet apart from this lost genetic material, the Y chromosome has stayed remarkably stable, according to research by Page's team. He compared the human Y chromosome to the one carried by the chimpanzee and rhesus macaque to uncover any similarities.

What the boffinry gang found was that the human Y had shed just one ancestral gene over the past 25 million years. Moreover, they found the same genes in five more other mammals: the marmoset, mouse, rat, bull, and 'possum.

"This is not just a random sampling of the Y's ancestral repertoire," Page added. "This is an elite bunch of genes."

Far from being a genetic death sentence, the genes may actually confer advantages on men.

"Evolution is telling us these genes are really important for survival," adds Winston Bellott, a research scientist who works alongside Page. "They've been selected and purified over time."

Next up on the group's project list is a study that will decide whether "unisex" medicine is worth bothering with, due to the different ways apparently similar male and female cells work.

"They're similar but biologically different," added Bellott. "Yet, we have cell biologists and biochemists actively studying cells without any idea whether the cells are XX or XY. This is so fundamental to biology and biomedicine, and yet no one's really paid much attention to it."

So make sure you pay full attention to men's bits, particularly when they drop off.

The paper, joint written by Page's team, was published in Nature on Thursday. ®

HPC kids battle each other... oh, and tussle with the world's fastest supercomputer

HPC Blog Cold, hard cash and cred up for grabs