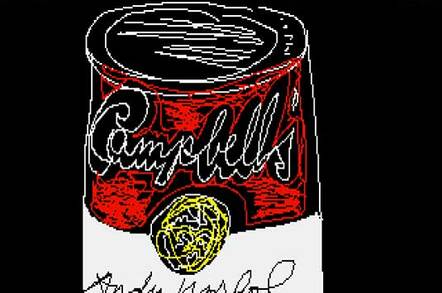 The Andy Warhol Museum in Pittsburgh, Pennsylvania has recovered a trove of previously unknown works by the pop-art pioneer from an unexpected, yet suitably modern source: a set of Commodore Amiga floppy disks.

The artworks date back to 1985, when Commodore commissioned Warhol to help demonstrate the graphics capabilities of its latest computer system, which far outstripped those of most PCs of the time.

Warhol agreed and produced a series of images using the system, ranging from doodles to variations on some of his iconic silkscreen images, such as a Campbell's Soup can.

Only one of the images was eventually used, a portrait of songstress Debbie Harry. The rest were saved on a series of floppies that were stored in Warhol's studio and eventually forgotten.

Years later, in 1994, those disks were donated to the Warhol Museum as part of an extensive archive of Warhol's belongings and correspondence. But the museum didn't know what to make of them. By then, the Amiga was a nine-year-old computer system. The Power Macintosh was the graphics PC to beat, and Commodore itself filed for bankruptcy that same year. Still, the museum kept the disks. 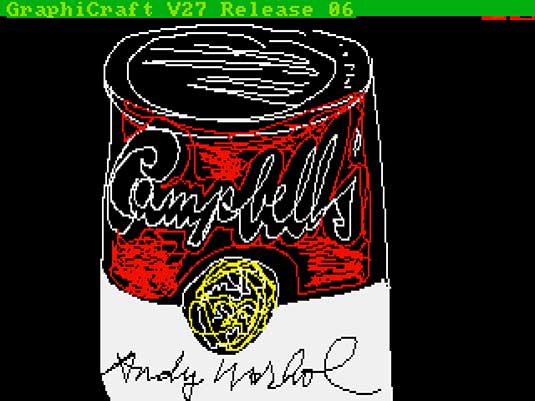 "One of our responsibilities is to preserve the museum's collection," explained Warhol Museum collection manager Amber Morgan in a statement [PDF]. "Up until now, we have only been able to address the computer disks themselves, and not the content held within them."

Enter New York–based artist Cory Arcangel. Upon learning of Warhol's Amiga experiments from a YouTube video of the pop artist promoting the Amiga 1000, Arcangel contacted Carnegie Museum of Art curator Tina Kukielski about the images, and together they pitched the idea of retrieving the contents of Warhol's floppies to Warhol Museum chief archivist Matt Wrbican. The hunt was on.

But reading from disks that were almost 30 years old was no mean feat. To get at the data, the art sleuths enlisted the aid of the CMU Computer Club, a student organization at Carnegie Mellon University that's known for its collection of retro computer kit. 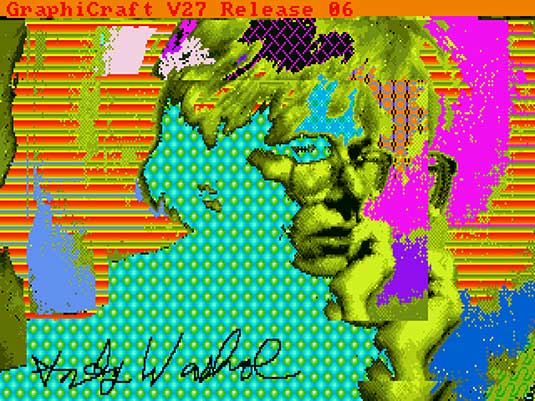 To read the ancient disks, Computer Club members used a custom USB floppy disk controller called a KryoFlux, which is designed specifically for reading media at an extremely low level with the aim of producing copies as close to the originals as possible. Data read by the KryoFlux can either be written back to disk or used to create disk image files for use with emulators.

The team used a freshly cleaned floppy drive, and to be extra careful they enabled a switch on the KryoFlux that physically disables the write pin on the floppy drive.

Adding to the treasure-hunt aspect of the project, Warhol apparently was in the habit of saving his personal files to system disks and install media, rather than blank floppies. The team had no way of knowing which of the roughly 40 disks in the museum's collection might contain artworks, if any. 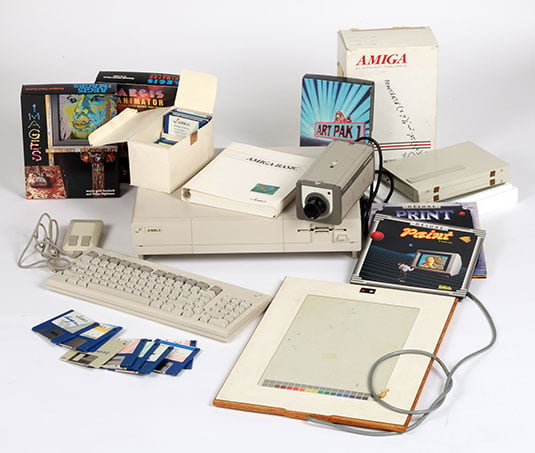 As it turned out, the data on the disks was remarkably well preserved. Only four disks reported bad sectors, and one of those copied successfully on a second attempt. Further technical details on how the disks were preserved are available here.[PDF warning, and we mean details—Ed.]

In all, ten of the disks were found to contain images that are believed to have been created by Warhol, among other assorted files. The images have since been converted from their obsolete Amiga file formats to PNG files and are now available for study among the Warhol Museum's collection.

"In the images, we see a mature artist who had spent about 50 years developing a specific hand-to-eye coordination now suddenly grappling with the bizarre new sensation of a mouse in his palm held several inches from the screen," Warhol Museum chief archivist Matt Wrbican said.

"No doubt he resisted the urge to physically touch the screen – it had to be enormously frustrating, but it also marked a huge transformation in our culture: the dawn of the era of affordable home computing. We can only wonder how he would explore and exploit the technologies that are so ubiquitous today." ®