Spy back doors? That would be suicide, says Huawei 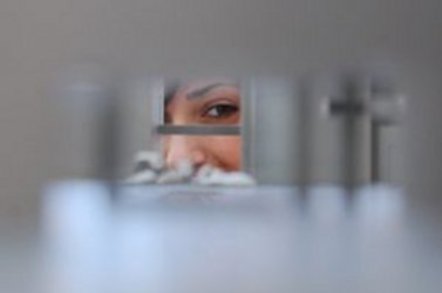 Chinese hardware manufacturer Huawei says allegations it provides backdoors for espionage in its kit remain unproven and would be “commercial suicide”.

“The hypothetical - that our equipment could be used for espionage by the Chinese government - has never been proven,” spokesman Scott Sykes told press at the company’s annual global analyst event in Shenzen this week.

“If it were ever proven, we would lose 65 per cent of our business overnight. That would be corporate suicide.”

As the world’s second largest networking equipment supplier, Huawei has raised concerns amongst Anglophone spooks. It was banned from bidding for contracts for the Australian national data backbone.

However, documents disclosed by Edward Snowden this year suggest Huawei may be more sinned against than sinner. The US National Security Agency’s ‘Tailored Access Operations’ unit broke into Huawei’s corporate servers, and by 2010 was reading corporate email and examining the source code used in Huawei’s products.

“We currently have good access and so much data that we don’t know what to do with it,” boasted one NSA briefing. The slides also disclose the NSA intended to plant its own backdoors in Huawei firmware.

A report by the UK’s Intelligent and Security Committee in 2013 was critical of BT, which uses Huawei for its C21 network, for not informing ministers of its decision to use the supplier for what it regards as critical national infrastructure. However, like the US Senate’s report the previous year, the committee offered no evidence of existing back doors.

“The Security Service had already told us in early 2008 that, theoretically, the Chinese State may be able to exploit any vulnerabilities in Huawei’s equipment in order to gain some access to the BT network, which would provide them with an attractive espionage opportunity”, the UK committee reported (pdf).

Huawei now works with second and third tier telcos in the US. It abandoned an attempt to purchase 3Com and says it doesn’t plan on making any acquisitions in the next ten years.

“Broadly, we have an impeccable track record with 500 telcos in 150 countries. There's never been a security issue of any kind,” Sykes told journalists. “We wouldn't be a $40bn company today if were not good at building secure networks. It simply would not be possible. Sixty-five per cent of our business is outside China.” ®