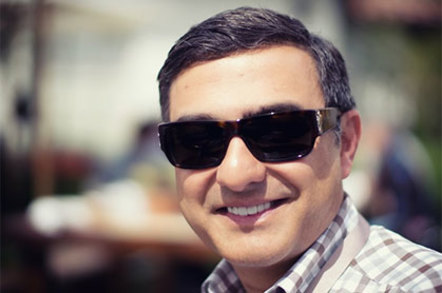 Predictably, perhaps, Gundotra announced his departure in a bittersweet post to his personal Google+ page, in which he thanked the team that helped build Mountain View's not-Facebook social network.

"This is a group of people who built social at Google against the skepticism of so many," he wrote. "The growth of active users is staggering, and speaks to the work of this team. But it doesn't tell you what kind of people they are. They are invincible dreamers. I love them. And I will miss them dearly."

Gundotra, 45, was born in Mumbai and was educated in India before joining Microsoft in 1991. While at Redmond, he rose in the ranks to become general manager of platform evangelism, having worked on various versions of Windows and helped to create the platform that became .Net.

He resigned from Microsoft and signed on with Google in 2006, but a non-compete agreement prevented him from assuming his duties in Mountain View for one year, which he reportedly spent on philanthropic endeavors.

At Google, Gundotra worked on developer relations and mobile apps, oversaw such projects as the all-but-forgotten Buzz and Wave, and launched the perennially sold-out Google I/O developer conference, before eventually spearheading the project that became Google+, the Chocolate Factory's shot across Facebook's bow.

Google+ stumbled out of the gate and has been the subject of much ribbing when compared to Mark Zuckerberg's social behemoth, but it has slowly gained a loyal following and now claims 540 million active users.

Google CEO Larry Page left a comment on Gundotra's Google+ post thanking him for his hard work and for building Google+ "from nothing," and wishing him good luck on his next endeavor.

Just what that will be, however, only time will tell. Gundotra apparently has a plan – as he did when he quit Microsoft – but what it is, he's not telling for now.

"I am excited about what's next," he wrote on Google+. "But this isn't the day to talk about that. This is a day to celebrate the past 8 years. To cry. And smile. And to look forward to the journey yet to come." ®