On the Internet, GaussianFace knows you're a dog 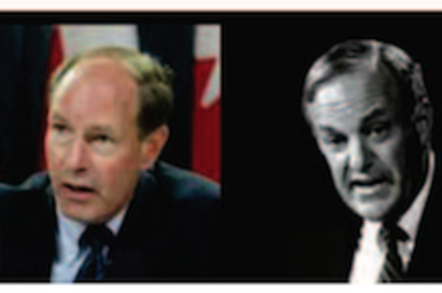 A pair of Hong Kong researchers is claiming a first, developing software that can identify people from photographs better than humans can.

Their claim, in this Arxiv paper, is based on the LWF – Labelled Faces in the Wild – benchmark. That benchmark comprises 13,000 photos of 6,000 public figures, with both humans and computers asked to compare pairs of photos and work out whether they're the same person.

According to researchers Chaochao Lu and Xiaoou Tang of the Chinese University of Hong Kong, humans perform the face-verification task with 97.53 per cent accuracy – which their approach, dubbed GaussianFace, beats at 98.52 per cent.

What Lu and Tang did was to look at existing face verification systems, which work either by building classification models or by extracting low-level features from the photos. Each approach has its shortcomings – chiefly because they need a fair amount of operator intervention to fine-tune how the software works, and because often multiple “training runs” are needed to work out which parameters need to be tuned.

Instead, in GaussianFace, Lu and Tang claim that they've produced a more computationally-efficient approach that works on a single training run, based on the Gaussian Process, “a non-parametric Bayesian kernel method”.

More simply: GaussianFace normalises each pic into a 150x120 pixel image, and uses five landmarks – two eyes, the nose, and the corners of the mouth – as the basis for the image transform. It then creates 25 x 25 overlapping tiles in the image, and captures a vector of each patch.

The other key to making GaussianFace work is to pick the right training dataset, according to the Arxiv Blog. For this, the researchers used LifePhotos and Multi-PIE datasets, which include the same subjects photographed under different conditions, so that the software could “learn” what the same face looks like under different illumination and viewpoints.

GaussianFace isn't perfect, however: “it still takes a long time to train our model for the high performance. In addition, large memory is also necessary. Therefore, for specific application, one needs to balance the three dimensions: memory, running time, and performance”, the researchers write.

“Surpassing the human-level performance may only be symbolically significant”, they note. ®