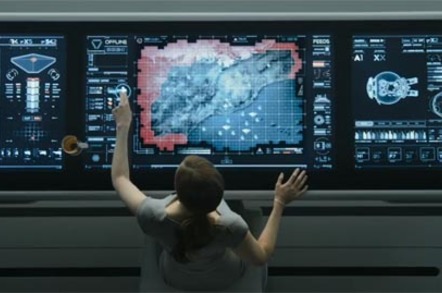 Ruben Santamarta, a security consultant at IOActive, uncovered the flaws after evaluating some of the most widely deployed satellite communications (SATCOM) terminals. After researching numerous SATCOM terminals, including those made by major sat firms Inmarsat and Iridium, Santamarta claimed he had found that all of the devices were vulnerable to abuse. He said vulnerabilities included what would appear to be multiple backdoors, hardcoded credentials, undocumented and insecure protocols, and weak encryption algorithms.

Multiple high risk vulnerabilities were uncovered in all SATCOM device firmware studied by IOActive. These vulnerabilities have the potential to allow a malicious actor to intercept, manipulate, or block communications, and in some cases, to remotely take control of the physical device.

If one of these affected devices can be compromised, the entire SATCOM infrastructure could be at risk. Ships, aircraft, military personnel, emergency services, media services, and industrial facilities (oilrigs, gas pipelines, water treatment plants, wind turbines, substations, etc.) could all be impacted by these vulnerabilities. The results of IO Active’s research should be a wake - up call for both the vendors and us.

IOActive is currently working with government CERT Coordination Centers and the vulnerable vendors to help resolve the security shortcomings exposed by its research. More details of the vulnerabilities discovered are been withheld until the latter half of 2014, providing vendors with an opportunity to develop and roll out fixes.

Iridium has been in contact with CERT since they brought these concerns to our attention and we have taken the necessary steps in the Iridium network to alleviate the issue. After extensive research internally, we have determined that the risk to Iridium subscribers is minimal, but we are taking precautionary measures to safeguard our users.

However Thuraya, which supplies mobile satellite comms services to global blue chip customers and over 30 government entities around the world, took exception to IOActive's research, which it argued was misleading.

Firstly, there are a number of inaccuracies throughout the whitepaper concerning Thuraya which we would like to clarify. For example, the author confuses Thuraya as being a hardware vendor, which we are not (we are a Mobile Satellite Operator). The whitepaper also states Thuraya offers Inmarsat’s BGAN service, which is not true, as we are competitors. Thuraya’s satellites and core network are based on technology not in any way related to BGAN, which is an Inmarsat service.

Secondly, the whitepaper states that “...it was not feasible to acquire each target device. Instead we performed static firmware analysis by reverse engineering all of the devices.” As Thuraya’s equipment was not tested in a real world environment, the results and the conclusions of the whitepaper are theoretical and not a proper assessment of the equipment’s security features. We strongly believe that for a credible evaluation, at a minimum the equipment needs to be physically tested by experts in the field.

Thirdly, there was no specific evidence or data presented as to why or how Thuraya’s IP terminals are vulnerable. Consequently, we are unable to provide comment on the whitepaper conclusions or how it relates to Thuraya, as no specific information has been presented for us to refute or evaluate concerning our products and technology. A few vendors’ equipment are featured in the whitepaper (such as Cobham and Harris), however we are not in a position to comment on other industry players’ products and technology.

IOactive has published a blog post outlining the main findings from its research to go along with a 25-page whitepaper (PDF). ®

Here are another 45,000 reasons to patch Windows systems against old NSA exploits