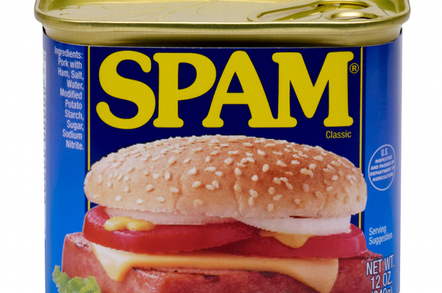 If you've been getting a lot of spam from AOL emails recently it's not because you've fallen into a time rift and it's the nineties all over again – the company has confirmed that it has been under an intensive spoofing attack.

The problems started three days ago when large volumes of email, apparently from AOL Mail's servers, started popping up in inboxes. The spoofed emails included links to the usual spam sites selling diet fads and nostrums, and have been found in very large volumes, so AOL has moved to try and stem the tide.

"Today we moved to change our DMARC policy to p=reject. This helps to protect AOL Mail users' addresses from unauthorized use," the company said in a blog post.

"It also stops delivery on what previously would have been considered authorized mail sent on behalf of AOL Mail users via non-AOL servers. If you're a bulk sender on behalf of AOL addresses, that probably includes mail sent from you."

AOL said the shift might impact some listservs and email-forwarding services, as well as email service providers who use AOL. Yes, there still are some, apparently.

But there have been reports that the problems extend beyond spoofing. AOL has reportedly admitted that some of its email account holders may also have been hacked.

"AOL takes the safety and security of consumers very seriously, and we are actively addressing consumer complaints," the company said in a statement. "We are working to resolve the issue of account spoofing to keep users and their respective accounts running smoothly and securely." ®