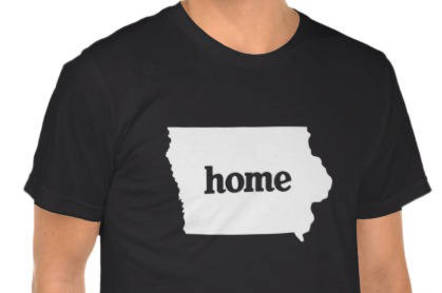 Microsoft has been given the go-ahead to build a $1.1bn data center just outside the capital of Iowa, Des Moines – in southeast West Des Moines, to be exact – which when taken together with its existing data center there will raise the company's investment in the area to a hair below $2bn.

Redmond wrangled a fine passel of incentives for the center: on Friday the Iowa Economic Development Authority (IEDA) approved a $20.3m sales tax rebate on construction materials for the project, available until 2021, a sum that's in addition to $18m in infrastructure improvements already promised by West Des Moines.

Microsoft isn't getting off scot-free, however. In return for those improvements, Nadella & Co. have agreed to a minimum taxable assessed value of $255 million once the project is completed – an amount that The Des Moines Register reports will bring the city of West Des Moines an annual tax bump-up of about $8m.

"This is a staggering amount of property tax dollars," the city's mayor told the Register. [That's the Des Moines Register, by the way, not El Reg—Ed.]

The state also will require Microsoft to create 84 permanent jobs when the project is completed, and that 66 of them must pay at least $24.32 per hour.

The Register also reports that the data center will be constructed on a 154-acre site, with the facility comprising 1.16 million square feet – that's a bit over 15 proper football pitches in area, or a smidgen over 20 American football fields – partially constructed on land now occupied by nine holes of Des Moines' 36-hole Willow Creek Golf Course. 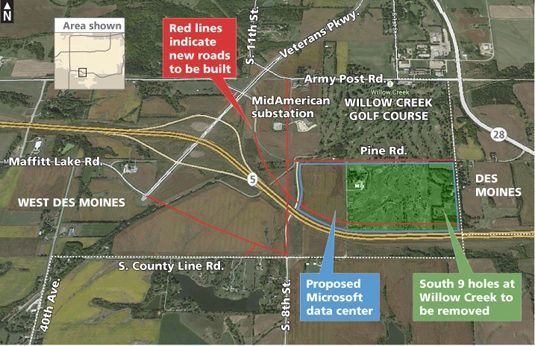 The data center project has been wending its way amongst the appropriate decision-makers, but under the code name of "Project Alluvion" – it wasn't until last Friday's meeting that Microsoft was revealed to be the company behind the development.

Project Alluvion was originally scheduled to have been on the IEDA's agenda last month, but was pushed forward to last Friday's meeting at the last minute. According to the Register, the delay was caused by Willow Creek needing more time to ensure that it could acquire enough land to replace its missing fairways, greens, bunkers, and the like. ®