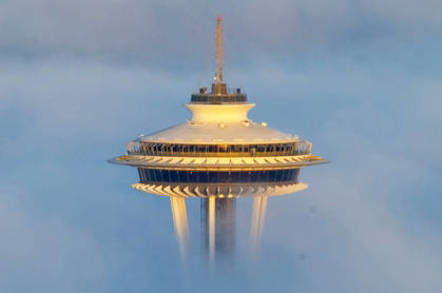 AMD's 64-bit ARM-based server chips, code-named "Seattle", will come to market late this year – but don't expect to see them wrapped up in any SeaMicro Fabric Compute Systems at launch.

"We've reached a significant milestone in our ambidextrous strategy," said AMD CEO Rory Read, using the company's term for its two-fisted x86 and ARM server-chip one-two punch during a conference call after announcing AMD's financial results for the first quarter of 2014 on Thursday.

"We have introduced Seattle, our first 64-bit ARM server processor and the industry's first at 28nm technology, positioning AMD as the only SoC provider to bridge the x86 and ARM ecosystems for server applications," he said. "We are excited to announce that we have started sampling Seattle last quarter and plan to ship in the fourth quarter of 2014."

"There's been a lot of customer interest around Seattle," said AMD's SVP and GM of global business units Lisa Su, also on the call, "certainly for the server guys, the hyperscale guys, and even some adjacent markets."

The two most important things that AMD is working on in the run-up to Seattle's release, Su said, are platform development and software development – but AMD is making no promises about how much Seattle is going to bring to the company's bottom line.

"Relative to revenue, it's probably too early to tell what's going to happen in 2015, but I'd say the interest in the platform is quite high," she said.

From Read's point of view, AMD's timing is spot on. "We're catching it just as the wave is forming," he said. "This is going to be an important market over the next three, five, 10 years."

Su also said that although it's in AMD's business plan to have Seattle appear in its SeaMicro systems, don't expect to see that happen when Seattle debuts late this year. Such systems are in development, she said, but also emphasized that "the Q4 statement was a chip statement."

The SeaMicro fabric certainly gives AMD a leg-up over other 64-bit ARM players, but from Su's point of view that's not the only attraction of the Seattle project. "There's general interest in ARM, there's interest in trying out the new workloads," she said.