Whoever you vote for, Google gets in 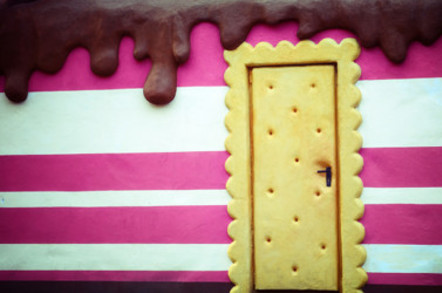 Analysis Google's lobbying and influence-courting in Washington DC is more intense and extensive than even Google-watchers thought, a must-read Washington Post investigation has revealed.

That's because much of it takes place off the books, where formal spending is not declared, according to the article. The search giant already ranks among the top registered lobbying spenders, having splurged $18m in 2012.

Google's attempts to befriend government and wonkdom takes various forms. We already knew it funded many "civic society" groups, along with industry associations and think tanks.

The Post puts this number at about 150 groups, which means that almost every group you will read in a tech story purporting to represent the individual, or the deliciously ambiguous cause of "digital rights" – such as Public Knowledge or the Electronic Frontier Foundation – is supported financially by Google.

Other beneficiaries of Google cash include the Future of Music Coalition, the Aspen and Brookings Institutes, the New Age-y Berkman Center at Harvard Law, the CCIA (Computer and Communications Industry Association), the CEA (Consumer Electronics Association) and the CDT – the Center for Democracy and Technology. You can see the full list in an infographic on this page.

We saw some of that might in the SOPA fight two years ago – which was reported at the time as the "grassroots" opposing the lobbyists who supported the legislation, where "big tech" actually outspent "big content".

Where the WaPo investigation adds some interesting new material is in its revealing of Google's techniques for gaining influence. According to the report, the web giant offers advertising, analytics and tools for targeting users as "in-kind" contributions to groups it favours – "think tanks that are allied with the company’s policy goals", in other words. And it uses a charity scheme to do so – a scheme Google illustrates with a photograph of happy African children rather than well-fed WASPs that may be more appropriate.

According to WaPo, Google has also "befriended key lawmakers in both parties by offering free training sessions to Capitol Hill staffers and campaign operatives on how to use Google products that can help target voters".

"The company has also pioneered new and unexpected ways to influence decision-makers, harnessing its vast reach," it adds.

And it's also sponsored an army of "Policy Fellows" – paid academics who can pop up with a "completely unbiased" opinion. Twenty-eight won sponsorship in 2013, up from 16 in 2012.

Google's influence creates some ironies, particularly with libertarian and pro-business groups. A well-functioning market of willing buyers and sellers creates competition and growth, and these need property rights to underpin them. So you may expect libertarian think-tanks to be consistently pro-property rights, and pro-markets. Yet these values clash awkwardly with Google's business strategy, because Google reckons it's better off with the absence of well-functioning markets for digital content – since its scale and advertising machinery mop up any value. It may result in pennies on the pound of what the material is, but that's pennies more than anyone else in the supply chain is getting.

So what makes a group like the Cato Institute back Google's market-hostile position? As the newspaper notes, the think-tank has since "found common ground" with the Chocolate Factory.

The Washington Post also notes "people familiar with the donation" as saying the group received $480,000 worth of in-kind “ad words” last year. It's all worlds away from the think tank's hostile stance to Google's support of net neutrality just a few years ago.

Perhaps this all isn't so surprising. Google's work takes it into ethically dubious new areas. If you look at its acquisitions and government relations, it appears to be leaving behind its roots as a digital advertising broker, and moving towards becoming a kind of Haliburton or General Electric goliath.

What Google's cash has achieved, Marc Rotenberg of privacy group EPIC says, is making "what's good for the internet" align nicely with "what's good for Google". Remember that EPIC blew the whistle on Google's cy press settlements – another way for the firm to reward "citizens' groups".

It's now hard to find a politician or a policy wonk who asks the question "how do we make a better internet?" without fretting about what Google may think. ®