Server flasher leaps in to fulfil need for SQL speed 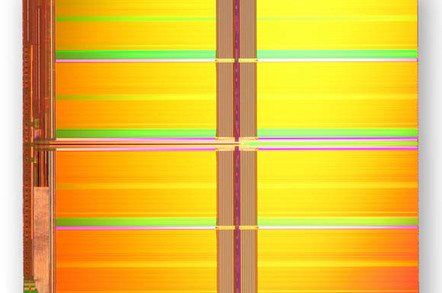 Microsoft has given SQL Server2014 an in-memory operation ability and server flasher Fusion-io has quickly jumped in to take advantage.

Its ioMemory product can run the in-memory flavour of SQL Server and deliver, Fusion claims, ”up to 4x improvements in transactions per second and a significant reduction in data latencies in our testing.”

"Adding the Fusion ioMemory platform to an existing SQL Server 2014 in-memory OLTP configuration can deliver up to 4x additional performance gains, building on our in-memory innovation to provide even greater performance benefits.”

So Fusion-io can do in the commodity server what Violin Memory can do in the server inside its networked array. Wonder which is faster, has a better price, is easier to manage, etc?

Fusion ioMemory also "integrates into the SQL Server 2014 Database Engine buffer pool to significantly improve I/O throughput and reduce disk latency by offloading clean data pages from traditional storage to flash". The Fusion NAND co-exists with the host server’s DRAM and offers what is called storage-class memory, slower than DRAM, less expensive than DRAM and much faster than disk in latency terms.

Other database and OLTP application suppliers will probably have to offer in-memory options if they haven't already done so. Likewise we'd expect WD's (HGST's actually) Virident to play nice with SQL Server 2014 too.

Our understanding is that unlike Fusion-io and Violin Memory, ordinary PCIe flash with caching software is not compatible with SQL Server 2014 – giving these two firms, and HGST's Virident if it goes the same way, an advantage over the general run of PCIe flash card vendors. ®