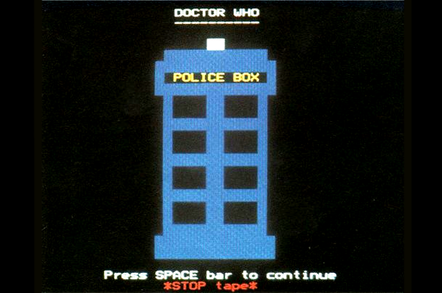 A gaggle of boffins from University College London have proposed a method to cut data carriage costs for internet service providers (ISPs) and have given their idea the name TARDIS, for “Trafﬁc Assignment and Retiming Dynamics with Inherent Stability”.

Described in this paper, the six authors explain that customers of consumer-focussed ISPs (“eyeball ISPs” as they label such operators) do a lot more downloading than uploading. Prudent ISPs try to manage the costs incurred delivering that traffic and “Traditionally, networks have attempted to manage demand through a combination of traffic shaping, artificially curbing demand, and traffic engineering through routing optimisations.”

Of late, the authors note, a new approach has “... considered alternative solutions, moving the incoming traffic in space (by downloading content from different physical locations) or in time (by shifting delay-tolerant traffic to the off-peak).”

Doing so can save some cash, the paper reports, but directing traffic towards the cheapest link or least-busy periods is too crude a way to go about things and may actually degrade performance.

Enter TARDIS, which touches down with its usual dramatic flourish, proposing a “control algorithm” to manage data across space and time in order to save an ISP money or avoid congestion on the links it uses.

“TARDIS is given as input a cost model (details of how the ISP is to be charged for its traffic) and the available choices for a given piece of traffic (the times and locations to which that traffic could be assigned, which of course, includes the possibility it cannot move at all). The TARDIS model then computes splitting rates which describe the desired proportion of traffic from the choice set which should be assigned to each time and location.”

TARDIS' engine is the Shapely value, described in the text as “a concept from game theory which assesses the contribution of a user’s strategy to an overall cost/benefit.”

The paper describes how the value is pressed into operation with some dense-looking equations your correspondent is not qualified to comment upon and appears to conclude that, like Doctor Who's TARDIS, the mathematical TARDIS isn't the most reliable machine.

That's because the team had trouble getting its hands on enough data – describing traffic and the traffic costs charged to ISPs – to be sure its algorithm worked.

But using the assumptions the team was able to make, they found that “In the majority of cases a large financial saving is possible. Time shifting appears to create a considerable saving in most situations. Space shifting creates a saving in all situations except those where all links are equally priced and traffic is split equally across all links.”

The team hopes it can one day get its hands on better data to again test TARDIS, in the hope it proves a real-world solution. ®

Exclusive Trust us. It's not like we had a fortnight-long... um. Trust us