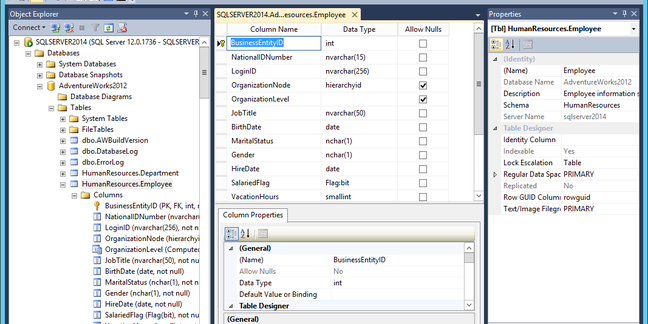 Willson pointed out: "If we could hold all SQL Server data in-memory using server DRAM, performance would be amazing, servers would be well utilised, applications would fly.” HE mentiuons severalo requirements beyond performance such as:

He then writes: "These types of challenges demand a persistent storage solution that compliments the high performance of in-memory computing. In-memory database processing is enabled when the data can get into the system, be changed by the system and remain intact between events."

SQL 2014 has a new, high-powered performance engine. It needs hardware, and Willson says Violin has it:

For branch office kits, archive targets or moderate workloads there is the Cluster In a Box class of products and for high end performance systems (SQL, SharePoint, Hyper-V farms, custom applications, etc) there is all-flash arrays like the new Violin Memory Windows Flash Array (WFA).

Our nose started twitching; a Violin WFA, as in not a VMware Flash Array or a KVM flash array or a Linux Flash Array. Sounds like Violin is not introducing a generic flash array but a Windows one, one to run SQL 2014. In fact, it might even be an existing Violin 6000 array with SQL 2014 software running in it.

These all work off the same principle of Microsoft service to storage, operated by Windows Failover Clusters embedded inside of storage appliances. In the case of the WFA, Microsoft spent over a year tuning the kernel and I/O stack optimising for the world's fastest storage experience.

That year of tuning suggests existing array hardware will be used, or supported.

He closes off his blog by writing: "In-memory processing can now be enabled by a natively Windows-embedded storage appliance that allows for extreme write loads, high availability, scalability, reduced administration time and delivers the high speed data access to large reporting systems sitting next to the high end transactional systems. Storage is no longer the bottleneck keeping applications back and instead will empower the speeds of the new high performance engines like in SQL 2014."

A Google search revealed that SQLSaturday and its mass of unformatted text in the cached data was a little gold mine. Here are a few extracts:

Of course! It's not just Violin getting favoured by Microsoft with SQL 2014, Fusion-io is in there too.

Meet the Windows Flash Array (WFA) – Windows 2012 R2 + Violin Memory Array in one product, delivering huge performance for SQL Server and HyperV – Simplified with SMB3/SMB Direct! Finally a storage solution without compromises, but still very easy to use. Full IO performance with unique Violin Memory technology delivering equal fast performance for Reads and Writes. No complicated storage configuration and tuning – equally fast with sequential and random loads. Effective and simple use of SMB Direct on either 10G Ethernet or 56G Infiniband networks. Up to 40TiB usable capacity within 3U or utilize Win2k12R2 ScaleOutFileSystem (SOFS) to create a pool with 160TiB. Management and monitoring directly from Microsoft System Center.

And here is a Fusion-io session description:

So we think SQL Server 2014 comes with in-memory OLTP built-in, and maybe Violin's 6000 arrays can take advantage of it to speed SQL processing by having Windows Server 2012 R2 booted on its internal server nodes, and they then run SQL Server 2014. Or there is new hardware and/or array OS software as well?

So too will Fusion-io's PCIe flash ioMemory technology with Windows Server and SQL 20-14 running on the host server.

What we haven't accounted for is Violin's assertion that the coming arrays will have deduplication, replication, and snaps. New Violin software maybe? Or is Violin referring to a deduplication feature in Windows Server 2012 R2? Darn it; we need to do more work. ®

The Register calls for aid, and Microsoft's Rohan Kumar will answer... our questions about SQL Edge and Azure Synapse

Build Slimming down SQL and living on the Edge