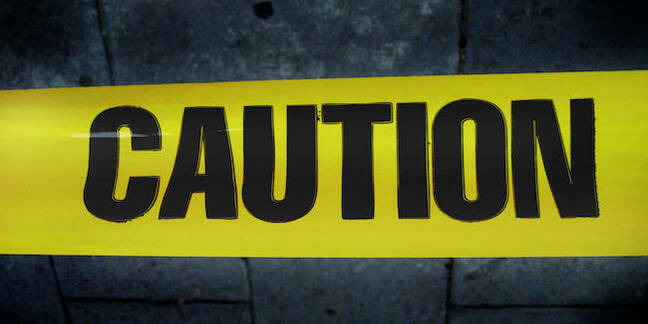 The Heartbleed flaw, which was revealed on Monday and sent shockwaves through the IT world all week, allows attackers to reach across the internet and silently siphon passwords, crypto-keys, and other sensitive information from vulnerable systems.

Any machine, whether it's your bank's HTTPS web server or your home router or your mobile phone, that uses OpenSSL 1.0.1 to 1.0.1f for secure connections is at risk, thanks to the Heartbleed bug. A new version of the library, 1.0.1g, is out now that fixes the flaw, and should be installed as soon as possible – then regenerating keys, updating SSL certificates and changing passwords can begin.

If a government spy or miscreant can grab a server's private SSL key, then, in the right conditions, any previously eavesdropped encrypted traffic can be decrypted, or the attacker can masquerade as the server – although extracting that particular secret key is no mean feat*.

After The Reg got in touch with Robin Seggelmann this morning, we were given a statement by his employer, Deutsche Telekom in Germany.

In that missive, the developer admitted he accidentally bungled the implementation of a keep-alive feature called the TLS Heartbeat Extension for OpenSSL, which was committed to the library's source code on New Year's Eve in 2011. Essentially, he forgot to check the size of a received message, allowing miscreants to take a snapshot of the inner workings of the attacked software and extract sensitive data flowing through memory.

"A possibility arose that granted access to security-relevant data, and a really simple mistake now has serious consequences," Seggelmann said today of the Heartbleed bug. "Whether the now known and fixed bug has been exploited by intelligence agencies or others is difficult to assess."

The crux of the matter is that OpenSSL is used by millions and millions of people, even if they don't know it, but this vital encryption software – used to secure online shopping and banking, mobile apps, VPNs and much more – has a core developer team of just four volunteers who rely on donations and sponsorship. The library code is free and open source, and is used in countless products and programs, but Seggelmann and others point out that the project receives little help.

Hey companies that use OpenSSL: how many $$ have you spent recovering from Heartbleed? Why not fund OpenSSL so it doesn't happen again?

"It is important to monitor critical and safety-related software as often as possible. This is the great advantage of open source software: it is freely available to anyone who wishes to participate," Seggelmann explained this afternoon.

"Unfortunately, despite very wide distribution and use by millions of users, OpenSSL does not have adequate support. In spite of its many users, there are very few who actively participate in the project."

Next page: Would you want to audit 429,699 lines of code?
Page:
Tips and corrections
178 Comments