Clandestine NRO spacecraft sets off on its unknown mission 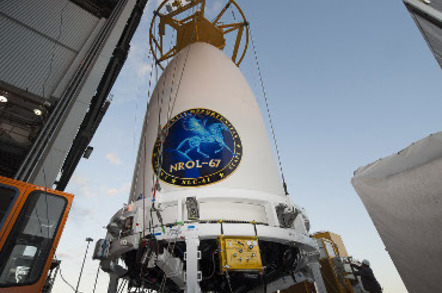 Vid A mysterious spy satellite got off the ground safely yesterday evening from Cape Canaveral in Florida, United Launch Alliance has said.

A ULA Atlas V rocket stack blasted off with the clandestine payload for the National Reconnaissance Office, which was designated NROL-67 and is a "mission in support of national defence".

The rocket was an Evolved Expendable Launch Vehicle (EELV) 541-configuration vehicle from a programme set up by the US Air Force to provide assured access to space for the Department of Defence and other government payloads.

Yesterday's launch had been delayed since late March after a ground-based radar system was damaged. The same fault also postponed SpaceX's launch of a cargo resupply mission to the International Space Station last month. The delayed SpaceX Dragon mission is now set to lift off on Monday. ®