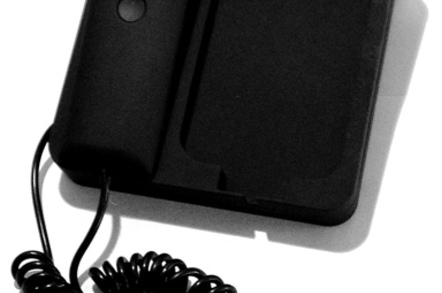 Three Japanese high school students have been arrested on suspicion of running a telephone fraud ring which may have netted them as much as ¥408 million (£2.4m).

The 17-year-olds are thought to have carried out a string of crimes known in Japan as Ore ore (“It’s me”) fraud. Typically targeting the elderly, the fraudster will call up a victim and pretend to be a relative who has gotten themselves into some kind of trouble.

The victim is then persuaded to transfer a large sum of money into their “relative’s” bank account to pay off lawyers, yakuza gangsters and so on to resolve the matter.

The three students were arrested on Thursday after attempting to withdraw over ¥1m (£5,800) transferred by a couple in their 60s who raised the alarm, according to NHK.

The couple apparently transferred the money after getting a call from a fraudster pretending to be their son, who convinced them he needed the dough to pay off a woman he’d knocked up.

Two of the students have apparently ‘fessed up to police while the third is denying any involvement.

After conducting searches of the trio’s apartments and other locations, the cops found 550 cash cards in other people’s names which they said have been used to withdraw money linked to 160 phone scams since last July, according to NHK.

Ore ore fraud is bafflingly popular, and successful, in Japan – a nation renowned for its low crime rate.

The problem is so bad that boffins at Fujitsu and Nagoya university are even working on technology which may help to root out phone scammers.

It then monitors for keywords in the conversation.

Fujitsu said it could detect so-called “overtrust” situations with 90 per cent accuracy and plans to embed the technology in mobile phones. ®