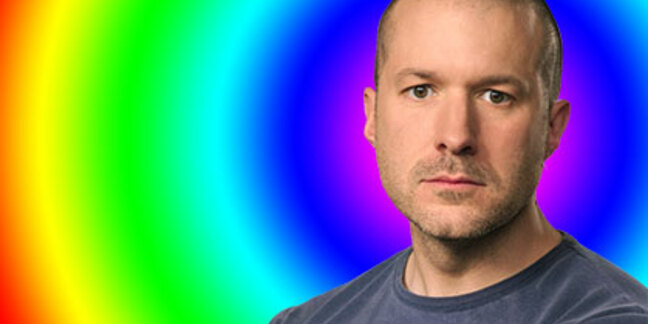 Cupertino confirmed Christie's exit in a statement to the Financial Times, saying, "Greg has been planning to retire later this year after nearly 20 years at Apple. He has made vital contributions to Apple products across the board, and built a world-class Human Interface team which has worked closely with Jony for many years."

But the über-fanbois at 9to5Mac have heard a different story. In their version, Christie is leaving Apple after repeatedly clashing with Sir Jony over interface design matters.

In particular, Ive is said to have disagreed with many of Christie's design choices during the complete mobile UI makeover that would eventually see daylight in iOS 7. And what Jony wants, Jony gets – the senior design VP reportedly undercut Christie's leadership of the human interface team and took control himself, leading to the falling-out.

With Christie out, Ive will reportedly now consolidate all of Apple's software designers under his industrial design group, removing them from Federighi's engineering group.

That means the remaining UI design work for the forthcoming iOS 8 will fall under Ive's sole executive control – not that the design of Cupertino's next mobile OS is expected to diverge in any significant ways from the look and feel of iOS 7.

The reshuffle appears to have Cook's blessing, but not everyone agrees that Ive is the right man for the job. iOS 7's new look earned it a fair number of jeers when it debuted, with many critics questioning whether Ive has any legitimate talent in the UI design department, world-class hardware designer though he may be.

But Christie won't be the first Apple exec to be sent packing after butting heads with Ive. In 2012, Cook gave the boot to former iOS boss Scott Forstall, mainly because of the Maps debacle, but also because he was a champion of skeuomorphism – the practice of designing onscreen UIs to resemble real-world objects – which Ive loathes and mostly had excised from iOS 7.

On the plus side, at least, this latest reorg brings all of Apple's hardware and software designers under one roof, with a single boss. With any luck, it should lead to even better UI integration in future Cupertinian kit – though we hope Ive at least has the good sense to delegate decisions about colors, in future. ®