'What the hell are you folks thinking?' splutters furious sync'n'sharer 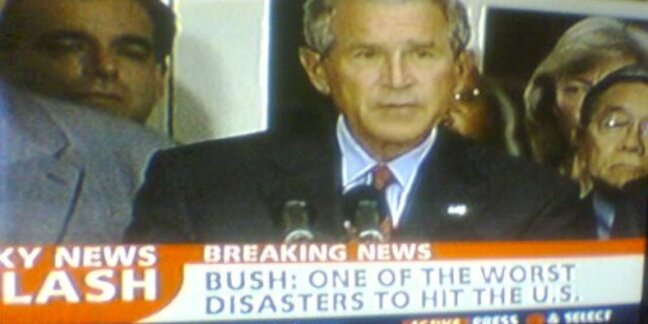 Dropbox has been hit with a firestorm of criticism after announcing that Iraq war architect Condoleezza Rice has joined its board.

The cloud-based file-sharing service said it was "honored to be adding someone as brilliant and accomplished as Dr. Rice to our team".

However, the internet has lit up with anger over the decision, with many Dropbox users threatening to stop using its services – "Drop Dropbox" in other words.

Condi is a well-known supporter of wiretapping, surveillance and waterboarding, so it was slightly surprising to see her claim she intended to beef up the privacy credentials of Dropbox.

“As a country, we are having a great national conversation and debate about exactly how to manage privacy concerns. I look forward to helping Dropbox navigate it," she said.

Thanks to Condi's role in taking America to war in Iraq, as President George W. Bush's national security adviser, her move to Dropbox has been met with widespread criticism.

In the comments section of the Dropbox blog announcing the changes, one user wrote: "Condoleezza Rice is here to help Dropbox 'navigate privacy concerns'. That's like saying you have appointed Hitler head of your Jew Outreach Program. Has Dropbox really fallen so low?"

"Good bye," another departing Dropboxer wailed. "I'm giving you folks a day to reverse this. Otherwise I'm gone. What the hell are you folks thinking? Moving past her role in a dark part of our shared history, she can't possibly have any political capital outside of the US and limited capital in the US."

Now that Condoleezza Rice has access to the Dropbox database maybe she can find evidence of the famous weapons of mass destruction.

the timing of @Dropbox announcing http://t.co/ZwJOT7wS8n feels like a slight of hand to distract us from the Condoleezza Rice appointment

One voice you might not be hearing in this debate is Eddie Veder, lead singer of Pearl Jam and a longstanding critic of the Bush-era government. His band have now invested in Dropbox, although he is not expected to join the four-strong board.

Dropbox also has a new chief financial officer, Sujay Jaswa, who was promoted from within, and a new chief operating office, Dennis Woodside, who has jumped ship from Google-owned Motorola Mobility.

Oh, and Dropbox has also launched a new gallery function called Carousel which no one seems particularly angry about. For now. ®