Just what could be inside Dropbox's new 'Home For Life'?

Biz apps, messaging, photos, email, more storage – sorry, did you think there would be cake? 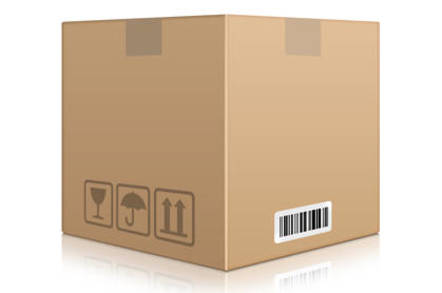 Dropbox has decided that file storage is boring and is now describing itself as a "Home For Life".

This branding bonanza was announced at a press-packed event in San Francisco on Wednesday as the online storage company released several enhancements to its eponymous product.

These include a photo application named "Carousel", the availability of iOS email client Mailbox on Android and a preview of a desktop version, the general availability of Dropbox for Business, and a plugin for Microsoft Office named "Project Harmony".

These enhancements were all coated in a thick layer of marketing slurry that had as its core ingredient Dropbox's new slogan: A Home For Life. [Not quite sure how you can store beer, friends, a garden, books, WD40, and emotions within a storage app, but oh well – Ed]

The slogan represents a new strategic direction for the file-storage company as it tries to move away from the rapidly commoditizing market for cloud storage and into the more lucrative, stickier world of productivity services.

Along with this, the company's new "Carousel" application sees it take on image services like Flickr and Imgur, and Mailbox sees it go after anyone who does messaging (Microsoft, Google, Yahoo!, et cetera). Project Harmony sees it try to embed its file-flinging capabilities within MS Office so is going up against OneDrive.

The services, combined, represent an ambitious plan by the company to put itself at the center of its users' digital lives (if such things exist).

Given the ephemeral nature of digital information, the fact Dropbox is rumored to be mostly hosted on Amazon's own cloud infrastructure, and the never-ending security revelations coming out about how the world's intelligence agencies have turned the internet into a veritable surveillance state, users may want to consider just who else is sharing their "Home For Life". ®