Especially if you are bad at them and keep losing 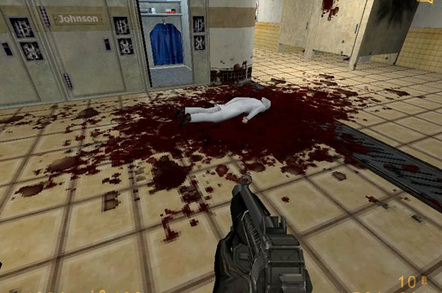 Forget hyper-realistic blood and pointless mayhem: if you want to turn a nice person into a blood-gore-veins-in-the-teeth killer, give them a video game with unplayable controls.

That's the hypothesis put forward by researchers from the University of Rochester (US) and University of Oxford (UK), who, intrigued by the phenomenon of the rage-quit, decided to dig a little deeper.

The approach taken by Dr Andrew Przybylski of Oxford and Professor Richard Ryan of Rochester almost ranks as evil in its own right: some games had modified controls or game mechanics to make them harder to play.

For example, the University of Rochester's summary describes one experiment: volunteers would have to hold their hands in iced water for 25 seconds before playing Tetris, and then would be asked to nominate how long the next group would have to go for the icy hand-dip.

On average, those given a “hard” version of the game would condemn the later players to ten seconds longer with their hands in the water than those offered an “easy” version.

In another experiment described to the BBC, the researchers found that giving people tutorial time before setting them loose in Half-Life 2 made them less aggressive, while sending the untutored into the game to become instant cannon fodder made them more aggressive – even when the researchers modified the game to turn kills into “tagging”.

As Dr Przybylski told the Beeb, “If players feel thwarted by the controls or the design of the game, they can wind up feeling aggressive. This need to master the game was far more significant than whether the game contained violent material.”

While not contending that their research is the last word in the video game violence debate, the researchers believe psychological research into video games needs “a more sophisticated approach”. ®