Reimagines tweets in an empty (for now), greyish landscape 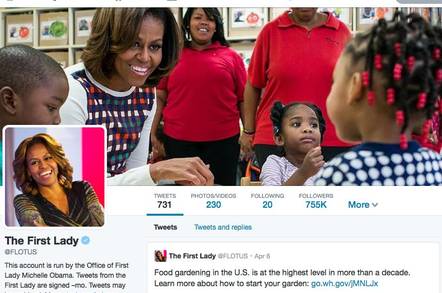 It's been five months since the Twitter blabbergasm rolled into town. And, now that it's a grown up company trading on Wall Street, the micro-blogging site needs to crawl its way into the black.

To do that, Twitter has suddenly gone a sombre grey with a layout tweak that surely signals to tweeting fans that the site is about to be smeared with ads.

The Register asked Twitter to comment on whether the blank space will soon be dotted with adverts, but it hadn't immediately got back to us at time of writing.

Twitter revealed its new, Facebook-like look today, which is currently only available to new users of the site and a selection of celebrities.

Soon, all of Twitter's 241 million monthly active users will see the same web interface when using the site online.

Features in the new version include allowing people to stick their favourite tweet to the top of the page and filtering the timeline to carry out different profile searches for tweets, tweets with photos/vids or tweets and replies.

For the particularly narcissistic among you, profile and background photos will be larger in the latest web layout. By example, here's US rockers Weezer working their best gurns. ®