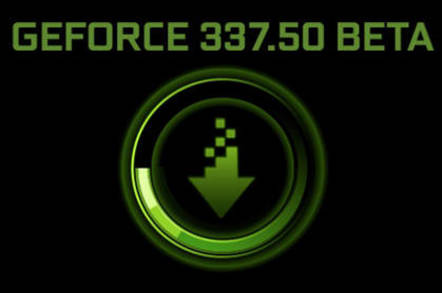 Monday was a busy day for the gaming guys and gals at Nvidia, with the release of a new beta DirectX 11 driver, version 2.0 of the multi-talented GeForce Experience gaming enhancer, and an update to the company's Shield mobile gaming device that includes Android 4.4.2, aka KitKat.

"Our new 337.50 Beta driver enhances the efficiency of the DirectX 11 driver to offer up to 71 per cent faster gaming performance," Nvidia's Brian Caulfield wrote on the company blog. "Since these optimizations are made using DirectX, they can apply to a wide variety of different titles."

Caulfield didn't reveal exactly which game or games would benefit from that whopping 71 per cent improvement using the new driver, but he did point to improvements to be expected on some popular titles: "20 per cent" for Call of Duty: Black Ops II, and Alien vs. Predator, Total War: Rome 2, and Sniper Elite V2 each "more than 40 per cent."

He also notes that DirectX 12, unveiled by Microsoft late last month, will be supported by all DirectX 11–capable Nvidia GeForce GPUs, whether they be Fermi, Kepler, or Maxwell, and points readers to more information on the GeForce 337.50 Beta Performance Drivers, including a download link.

The game-optimizer-and-more GeForce Experience, released last year, has been upgraded to GeForce Experience 2.0, and now provides the ability to optimize over 150 games, Caulfield says. It also adds notebook support for ShadowPlay, the game video–capturing feature that was added to desktop GPUs last October when GeForce Experience 1.7 was released, allowing gamers to share their mayhem on such game-streaming sites as Twitch.

Finally, Nvidia's Android-based Shield handheld gaming platform will receive an over-the-air update as well. According to Caulfield, the upgrade "includes major updates to our GameStream technology that helps Shield adapt to the way enthusiasts like to game" – which, in this case, means using GameStream to, uh, stream games from a desktop PC to the handheld Shield.

"Since the launch of Shield," Caulfield says, "gamers have wanted to play their PC games outside the home. With today’s software release, we are making that a reality with remote GameStream support – launching as a beta."

Also in beta is the capability to now allow you to stream games to your Shield from GeForce GTX–equipped notebooks. Supported notebooks will be those equipped with a GeForce GTX 800M, GTX 700M, and "select GTX 600M series GPUs."

Shield will also receive an OTA upgrade to Android 4.4.2. More information on all the capabilities of the upgraded Shield can be found in its online users manual. Also, Caulfield says, "To celebrate the software upgrade, we're promoting Shield at just $199 through the end of April" – a price cut from the previous $250 that was already in effect.

Being a cynical old hack, your Reg reporter can't help but think that Shield has not exactly been a runaway hit, seeing as how each and every attendee at Nvidia's recent GPU Technology Conference was given one gratis. But perhaps it was merely because Nvidia CEO Jen-Hsun Huang simply likes us. ®