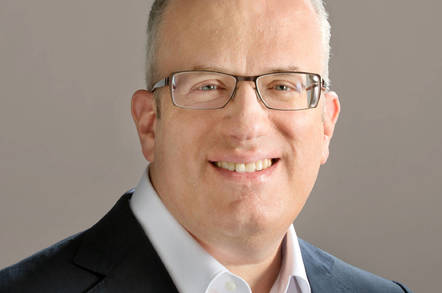 Dating website OkCupid says it's "satisfied" that Brendan Eich has stepped down as CEO of the Mozilla Corporation, but not everyone agrees, and Eich's decision hasn't spared the Firefox maker from calls for a boycott.

Last week, OkCupid posted a message to its homepage urging Firefox users to switch to a different browser in protest of then-CEO Eich's support for California's Proposition 8, a 2008 law banning same-sex marriage in the state.

After Eich resigned from the chief executive role, the dating site posted to its Twitter feed on Thursday that it was happy with the outcome.

"We are pleased that OkCupid's boycott has brought tremendous awareness to the critical matter of equal rights for all partnerships," the group's statement read. "Today's decision reaffirms Mozilla's commitment to that cause. We are satisfied that Mozilla will be taking a number of further steps."

But the episode also raised questions about whether Eich's personal beliefs should be considered when evaluating him for a job, and groups that oppose gay marriage have taken issue with what they see as Eich's unfair ouster.

On Monday, the LGBT interest publication The Advocate observed that "a vast majority" of the recent comments on Mozilla's Firefox Input feedback forum have been negative since the announcement of Eich's resignation, with 86 per cent of the respondents voting that "Firefox made me sad."

Many of the comments posted to the site questioned Mozilla's dedication to the ideal of free speech, while others labeled the nonprofit as "fascist" or "anti-Christian," and still others devolved into anti-gay slurs.

Meanwhile, the National Organization for Marriage, a pressure group that was first formed to support the passage of Proposition 8, called for a boycott of Firefox on Friday over what it says was a targeted attack by gay rights activists.

"This is a McCarthyesque witch hunt that makes the term 'thought police' seem modest," NOM president Brian Brown said in a statement. "We urge all consumers to remove Mozilla's Firefox web browser from their computers as a sign of protest."

Similarly, conservative website TruthRevolt.org has called upon its readers to uninstall the open source browser in protest of what it describes as "Mozilla's decision to fire Eich."

"Mozilla's intolerance and discrimination against those with different political and religious viewpoints stands in stark contrast to its supposed mission to enshrine 'equality and freedom of speech,' and must not be tolerated," the site's online petition states.

For its part, Mozilla has categorically denied that Eich was forced out of the CEO position or that he was fired.

"In fact, Board members tried to get Brendan to stay at Mozilla in another role," the group stated in an FAQ posted on Saturday. "Brendan decided that it was better for himself and for Mozilla to sever all ties, at least for now."

Mozilla, which has been without a chief executive since Gary Kovacs stepped down from the role a year ago, has yet to name a new CEO. ®