Quick, Sammy, before Apple finds a way to patent it... 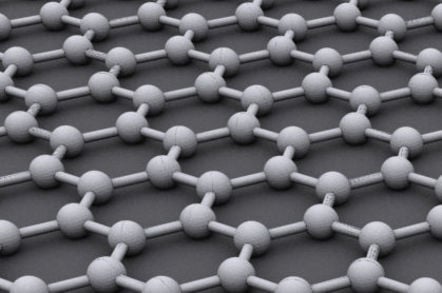 A group of 14 Korean researchers, including 10 from the Samsung Advanced Institute of Technology, have published details of a technique for synthesising graphene that could lead to sheets of the thin, strong, conductive wonder-material-du-jour being used in commercial devices sooner rather than later.

What this means in non-boffinary terms is that the Samsung-sponsored team has found a less difficult, more inexpensive, and reproducible way to create comparatively large sheets of a material that holds great promise for commercial applications ranging from electronic devices to photonics to wearables to displays and more.

Graphene is a one atom–thick structure composed of carbon atoms that is not only remarkably strong, but also bendable, lightweight, and highly conductive to both heat and electricity. It's also close to transparent, absorbing only 2.3 per cent of light shone upon it, irrespective of wavelength. 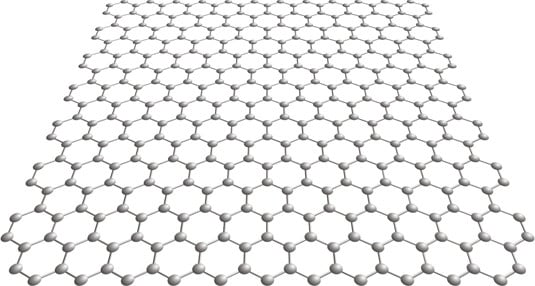 Unfortunately, it has also been devilishly difficult to manufacture at any large scale, and without kinks or wrinkles. One technique of graphene production, for example, has been dubbed the "Scotch Tape" method – or, more properly, "micromechanical cleavage" – as it involves exfoliating a single sheet of graphene from a multi-layer block of graphite by adhering it to another surface and peeling it off.

The Scotch Tape method, however, often results in creating small, unconnected shards of graphene, which must then be reassembled, an expensive, time-consuming, and hit-or-miss process.

Now, it seems, the Korean team has conquered some of graphene's manufacturing challenges.

Exactly how strong is graphene? When Andre Geim and Konstantin Novoselov were awarded the Nobel Prize in Physics in 2010 for their contributions to the development of graphene, the background document for the award described it as more than 100 times stronger than the strongest steel.

The Nobel folks also provided a folksy example of a hypothetical demonstration of graphene's strength:

The unit hexagonal cell of graphene contains two carbon atoms and has an area of 0.052 nm2. We can thus calculate its density as being 0.77 mg/m2. A hypothetical hammock measuring 1m2 made from graphene would thus weigh 0.77 mg.

In our 1 m2 hammock tied between two trees you could place a weight of approximately 4 kg before it would break. It should thus be possible to make an almost invisible hammock out of graphene that could hold a cat without breaking. The hammock would weigh less than one mg, corresponding to the weight of one of the cat's whiskers.

Graphene, however, has a richer future than merely constructing lightweight hammocks for cats – although the YouTube videos of such structures would undoubtedly get millions of hits. The Wall Street Journal, for example, reports that both Samsung and Nokia have filed patents for using graphene in mobile devices, and that Apple, Saab, and Lockheed Martin have also filed for or received patents on graphene use.

Due to its light weight, graphene would also be an idea material to find a home in the as-yet-unproven wearable technologies market. If the Koreans' wafer-scale, wrinkle-free manufacturing technique proves commercially viable, you may soon find graphene wrapped round your wrist. ®