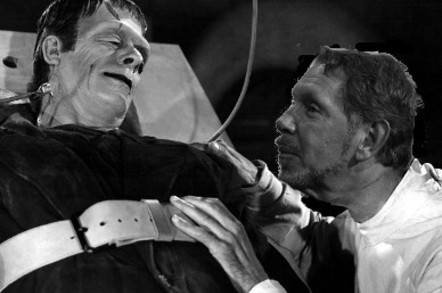 Exclusive Database giant Oracle is attempting to create a NoSQL standards body, The Register has learned.

The puzzling move was disclosed to El Reg on Friday by multiple well-placed sources at multiple database companies, who were each familiar with the matter.

The insiders, speaking on condition of anonymity, say relational database expert Oracle is trying to form a body dedicated to NoSQL databases, and is seeking participation from NoSQL startups.

The emphasis of the standards body will be on go-to-market strategies, marketing, promotion and further commercialization of the technology rather than defining technical specifics, we understand.

The technologies are designed for very large datasets, and usually favor availability (aka the speed of access to data) over consistency (guarantees about the results being correct). Oracle, by comparison, prides itself on the stability and reliability of its venerable technology, but this usually comes with a high price. The tech goliath also stewards the development of MySQL, one of the most popular relational open-source databases.

NoSQL – short for Not Only SQL – represents a threat to Oracle's future business as NoSQL databases have taken root among many young startups that need to build highly available storage systems for vast web apps.

As these startups grow, some of them stay on these technologies, and buy support or additional features from their respective databases' developers, rather than go to Oracle as was typical in the past.

To combat this threat to its business, Oracle released the Oracle NoSQL database in 2011 at Oracle OpenWorld, based in part on the BerkeleyDB storage engine that the company acquired with its 2006 gobble of Sleepycat Software.

Since then the Oracle NoSQL database has had multiple releases with the company announcing version three of the technology on Wednesday.

Oracle's NoSQL database, however, does not appear to have caught on much in the market. One database-use ranking system shows MongoDB and Cassandra have the most momentum.

Now, it seems Oracle is trying to rope in the wider database community to help it gain a better sense of the market. Given its vast cash reserves and dominance of the database market, many expect Oracle to make an acquisition in this space.

Oracle was not available for comment at time of publication. ®