Bay of Tweets: US sought to disrupt Cuba with covert social network 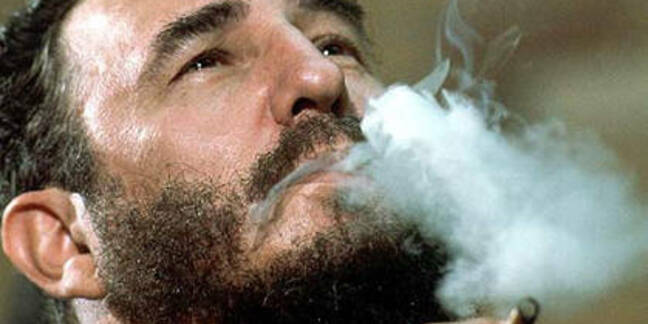 The US government ran a covert campaign to undermine the Cuban government via a social networking platform, according to the Associated Press.

A report from the news agency detailed the launch and eventualy shutdown of ZunZuneo, a Twitter-like platform which its creators say was designed to spur free speech, and which the AP claims was part of a larger effort to spur calls for revolution by young people in the Communist country.

The report claims that the government-backed USAID charity fronted the effort which, between 2009 and 2012, operated ZunZuneo, a social network which encouraged free speech amongst Cubans before being shut down.

According to the AP, ZunZuneo was backed by a covert government program which used a number of shell companies to fund $1.6m to the project under the guise of a humanitarian program in Pakistan. The report cites government documents in claiming that the ultimate aim of ZunZuneo was to first give citizens a platform hidden from Cuba's strict internet censorship, and then slowly build sentiment among users, with the goal of inciting anti-government protests like those which triggered the "Arab Spring" movement.

According to USAID, however, ZunZuneo was an above-the-table platform it backed as a humanitarian effort to bring free speech to Cuba.

"It is longstanding US policy to help Cubans increase their ability to communicate with each other and with the outside world," USAID said in response to the AP article.

"Working with resources provided by Congress for exactly this purpose, USAID is proud of its work in Cuba to provide basic humanitarian assistance, promote human rights and universal freedoms, and to help information flow more freely to the Cuban people," it said.

"All of our work in Cuba, including this project, was reviewed in detail in 2013 by the Government Accountability Office and found to be consistent with U.S. law and appropriate under oversight controls."

The US has long had a contentious relationship with Cuba, a reclusive communist country that sits just 100 miles off the coast of Florida. The Cuban government maintains strict controls over its internet infrastructure, and according to a 2013 report from the Committee to Protect Journalists, the country still places strict controls on both internet access and travel access for critical bloggers. ®

Pumpers and dumpers, flash crashers and other miscreants under the SEC's spotlight