Get a load of our man's desert cannonball run of terror 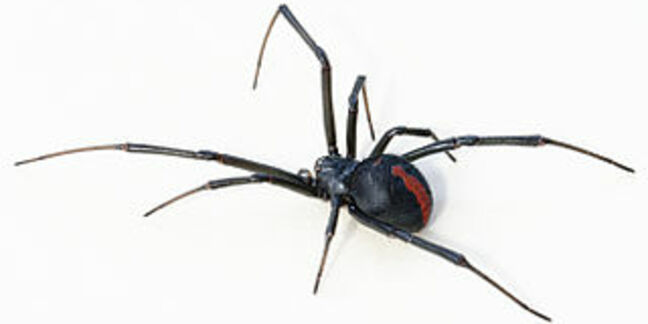 Vid Australia's Northern territory, where The Reg is this week doing a Windows XP upgrade at the Wirliyatjarrayi Learning Centre in the remote community of Willowra, is huge and empty.

Hence our assertion it is big and empty. Willowra, for example, is here and is home to about 300 people. It's 130km of dirt road to the nearest town, Ti Tree. There are no settlements on the road. There are precious few artefacts other than the road itself.

There are two turn-offs on the road. Neither had a single set of tyre tracks on them. That's how empty it is out here.

Have we convinced you yet how empty it is? Maybe the video below will help. It's a time lapse of the road from Ti Tree to Willowra, shot at 6 frames a second for the journey and then played back at 18 frames a second. The first few seconds are on a road with no speed limit. The Territory government recently removed the speed limit, partly to create a tourist attraction. Your correspondent's Mitsubishi Outlander often sat on 160 km/h for the 180 kms from Alice Springs to Ti Tree, but did chew through about 35 litres of fuel in that time. It's possible to travel at that speed because the road is straight and mostly flat. Every few tens of kilometres there's a gentle pair of bends in the road, sometimes to navigate the low hills and sometimes seemingly to keep drivers awake.

The Willowra road is impossible to sleep through. Sometimes it is a single lane with deep, soft dust that tugs the wheels off course. 100 metres down the road it can be four lanes of hard-packed clay. It's always a white-knuckle ride thanks to that variability, the absence of fences, the presence of many cattle and the fact years of use mean the whole road is in its own rut a metre or so below the desert plain.

It's a rough road: the phone I used to record the video (A Galaxy S4 running LapseIt Pro) twice fell from the cradle before I got things right. One of those falls followed a deep, bell-like sound as something hard hit the car's undercarriage. Whenever that happens I immediately contemplate being marooned in the desert. That's why I don't hit the road to a place like Willowra without first packing ten litres of water and some food.

Next page: We've all found insects while doing computer upgrades. But not ones like THESE
Page:
Tips and corrections
63 Comments