LOHAN team gears up for Punch and Judy show

Test flights are go for 5 April 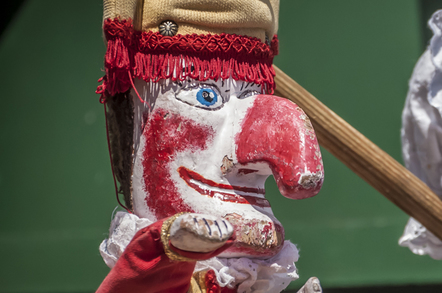 It's all go on the Low Orbit Helium Assisted Navigator (LOHAN) front as the British contingent of the team gears up for the forthcoming "Punch" and "Judy" test flights.

The first mission - Punch - will lift a small Cesaroni rocket motor to 20,000m to establish once and for all if we can get ammonium perchlorate composite propellant (APCP) to ignite at altitude with a helping hand from our custom igniter.

On board will be the Special Project Electronic Altitude Release System (SPEARS) board, charged with firing the motor at a predetermined altitude, plus Dave Akerman's Raspberry Picam rig and Anthony Stirk's new improved PAVA back-up minitracker.

We've also strapped one of our two untested budget back-up vid cameras to the payload to see how it performs. As LOHAN regulars know, we have a mighty imaging arsenal, and it'll be interesting to see how the "DBcam Hi-Resolution Micro Action Sports Video Camera" measures up to the vastly more expensive GoPros.

Here's the basic payload box before fitting out with all the other bits and pieces, but already boasting some fetching artwork:* 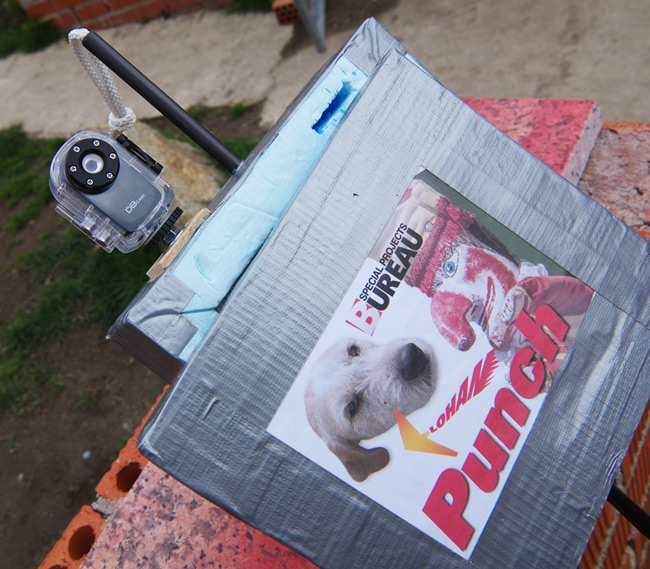 The test rocket motor enclosure sits way below the box at the end of a long carbon fibre rod: 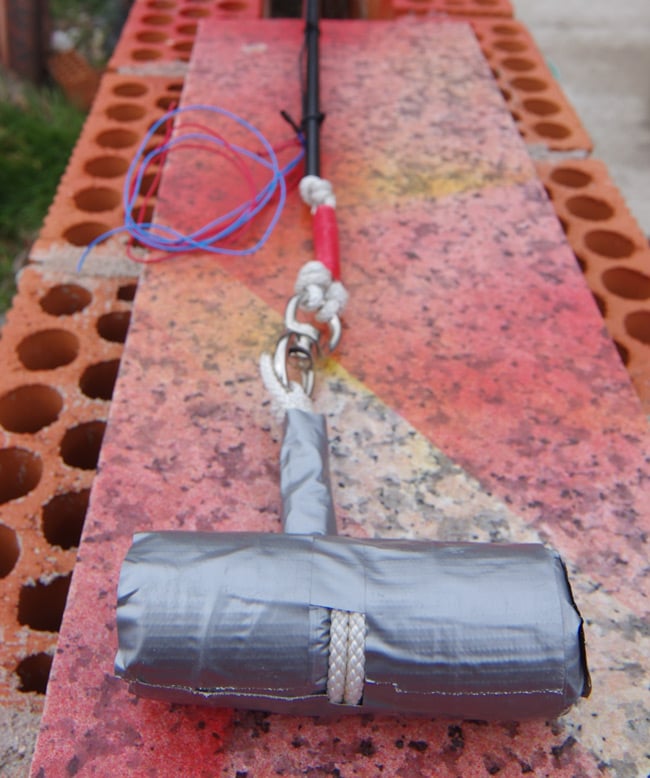 ...and a heatshrink overcoat, and ultimately connected to a LiPo and thermostat (more details here). For the flight, we'll be using a temperature data logger to monitor the internal case temperature, but that's not shown here: 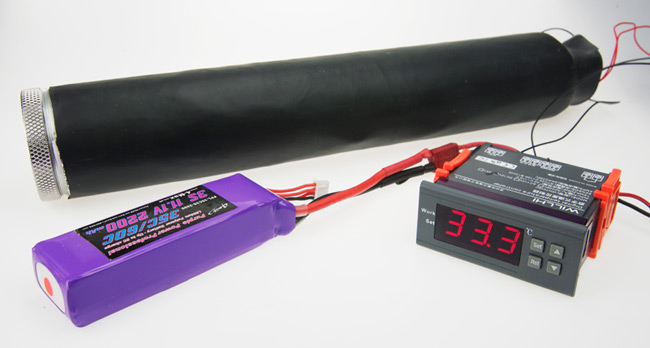 Before strapping the motor case to the Judy payload box we had to deal with a thermistor comedy moment, since due to the thickness of our original 10kΩ model... 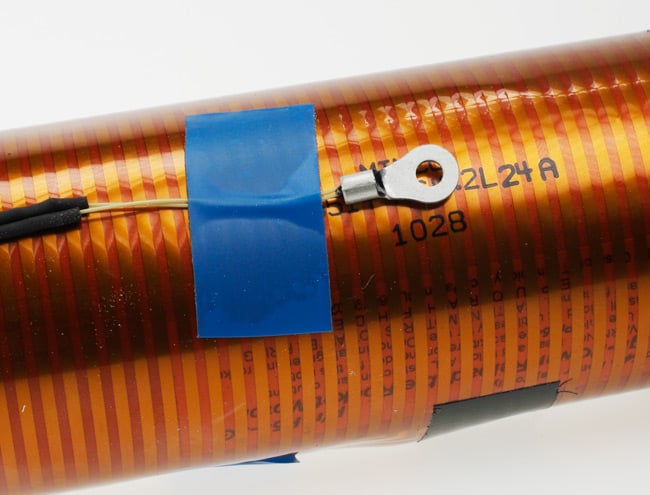 ...the motor wouldn't squeeze inside the rear fuselage of the Vulture 2 spaceplane. It's a tight fit, so we were obliged to strip off the motor covering and replace the thermistor with a slimmer example (pictured below). We didn't need to do this before the airborne test, bit it's something else crossed off the very, very long list. 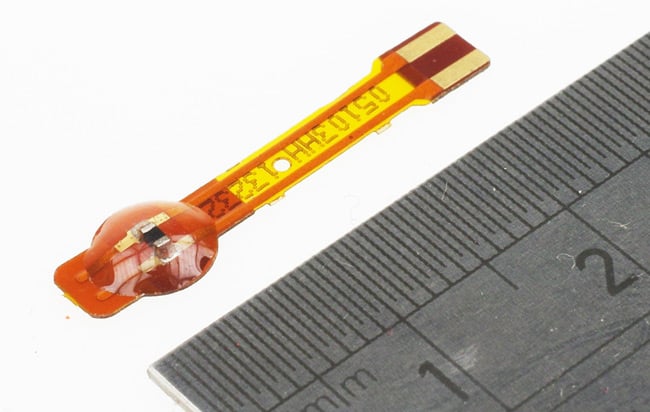 Sorted, although we still need a touch of grease to slide the mighty thruster into position. Fans of the Carry On movies will doubtless be able to provide imagined conversations between Kenneth Williams and Hattie Jacques as they perform this delicate operation.

For your viewing pleasure, try a couple of snaps of the Judy payload box with the motor/heater package installed, and the second of our budget cameras for testing mounted on top: 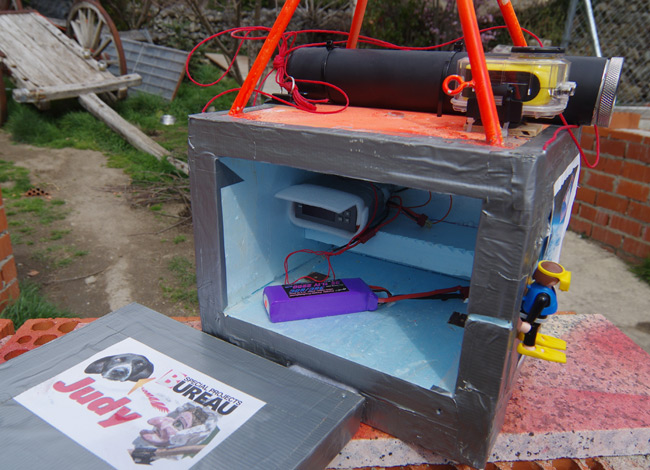 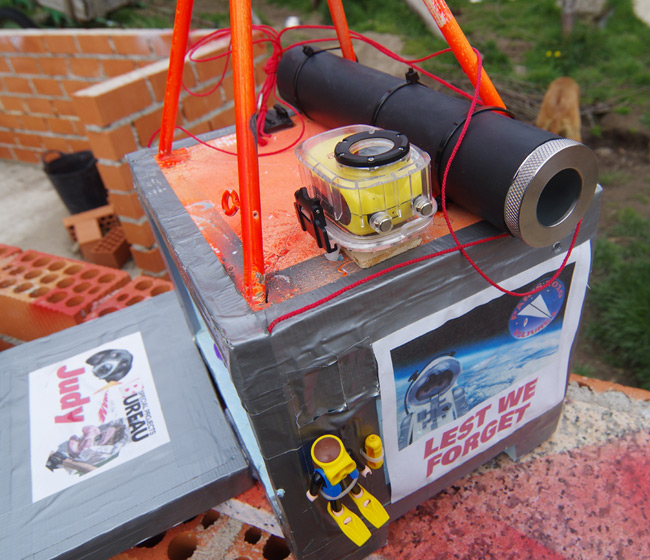 Take a moment if you will to salute our heroic Playmonaut, pilot of our Vulture 1 paper plane and tragically lost at sea.

We also invite you to raise a pint or two to our intrepid Frogmonaut, who since the English Channel disaster has flown several stratomissions in an emergency splash-landing capacity. Good man.

Naturally, you're wondering why the "Electronics-Depot HD1080P" is facing upwards. Well, the Judy mission will also put the Big Red Abort Switch To Release Aerial Payload (BRASTRAP) doomsday box through its paces. 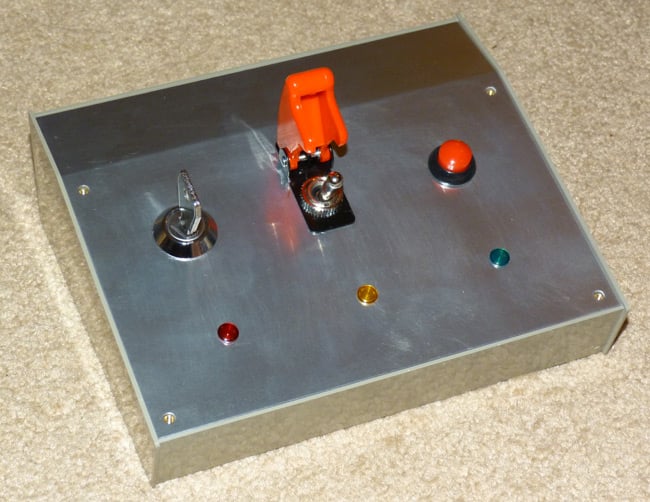 Once the big red button is pressed, the box sends a signal via the Iridium satellite network to an onboard RockBLOCK-Arduino sandwich, which in turn fires an emergency cut-down releasing the payload from the balloon.

This has been successfully tested on the ground, but never aloft, so we're going to give it a pop. That's why the camera's facing heavenwards, because we'd pay ten bucks to see the cut-down go bang.

As ever, we'll be streaming the launches live on Saturday morning, and will bring you full details of where to catch the action, plus the usual callsigns and radio frequencies, later in the week. ®

*The dog is the eponymous Punch, part of my comedy mutt trio Punch, Richard and Judy: