Try not to panic, eh? 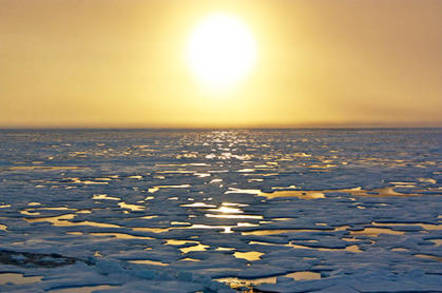 Debate about climate change is about to, er, heat up, after the Intergovernmental Panel on Climate Change (IPCC) delivered its fifth assessment report, snappily known as WGII AR5.

The summary for policymakers [PDF] and full report are online for your reading pleasure.

The IPCC says both were compiled using “a substantially larger knowledge base of relevant scientific, technical, and socioeconomic literature”, adding that “increased literature has facilitated comprehensive assessment across a broader set of topics and sectors, with expanded coverage of human systems, adaptation, and the ocean.”

The document acknowledges that climate change is taking place and in various places points at human activity as the sort of thing that looks likely to get the climate shifting. Importantly, however, the report uses the following definition:

“Climate change refers to a change in the state of the climate that can be identified (e.g., by using statistical tests) by changes in the mean and/or the variability of its properties, and that persists for an extended period, typically decades or longer. Climate change may be due to natural internal processes or external forcings such as modulations of the solar cycles, volcanic eruptions, and persistent anthropogenic changes in the composition of the atmosphere or in land use.”

The IPCC points out that its definition is rather different from that used by the United Nations Framework Convention on Climate Change, which defines the term as “a change of climate which is attributed directly or indirectly to human activity that alters the composition of the global atmosphere and which is in addition to natural climate variability observed over comparable time periods.”

This is not, therefore, a report trying to prove or disprove anthropogenic climate change theories. Instead, it's all about how the world responds to the shifting climate we find ourselves in.

The summary for policymakers alone is 44 pages and the full report contains 1,552, so it's necessary to be rather brief in this initial report on the newly-released documents. Later analysis is the place to go deeper. Let's start with the summary's assessment of the “observed impacts, vulnerability and adaptation” to climate change.

The summary then presents the following eight “key risks” that the IPCC feels “are identified with high confidence, span sectors and regions.”

The summary eventually considers “overlapping approaches” to “adaptation” that will help humanity to ameliorate climate change. Many types of adaptation are suggested, ranging from better land planning laws to the creation of “catastrophe bonds”.

The summary also offers Reg readers a few clues about how climate change might impact them in their backyards. Here's a few selections from the summary's report of climate change impacts:

And here's the worst Australian impact of all: wine grapes look likely to ripen later in the year. Whatever else you think of this report or of climate change in general, everyone can identify with slower maturation of wine grapes as an issue worth tackling. ®