Putting secret AWS keys in software is a big no-no 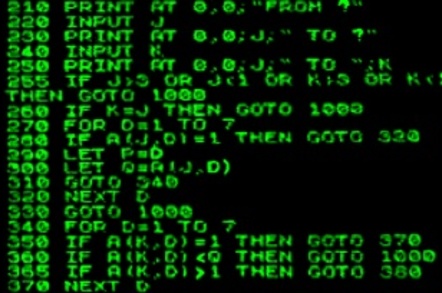 Amazon's crackdown on mishandling AWS credentials has astonished one software developer, who says the cloud giant is reverse-engineering Android apps for inspection.

In this blog post, Raj Bala admitted his app included his private "AWS credentials as simple strings within the app itself”, and as a result, he's received a notice from Amazon warning him against the practice.

Bala removed the app from the Google Play after receiving Amazon's alert, which states among other things, that the app was “not developed according to AWS recommended security best practices”, since Bala appears to “have embedded [his] AWS Key ID (AKID) and its corresponding AWS Secret Key within the app”.

Storing a secret key in released software is a really bad idea because it means anyone can get hold of that information and use it to hijack the developer's account.

The rest of the note from Amazon provides instructions and its recommendations for using AWS credentials securely.

Bala notes that “Amazon or someone working with them is downloading apps from the Google Play Store and decompiling and/or otherwise inspecting them.” It seems reasonable to The Register that Amazon is cracking down on the sloppy use of AWS credentials by scanning through freely available apps.

As was reported at the Australian site ITNews last week, “thousands” of AWS secret keys have shown up in searches of source code hosted by Github, leaving some developers with unexpected bills once the world at large realized their credentials were hidden in plain sight. ®

Nobody wants slow SaaS or cross-cloud comms, but Citrix wants you to cough up to stop it