Is this the final nail in the dusty gear's coffin, wonder sysadmins 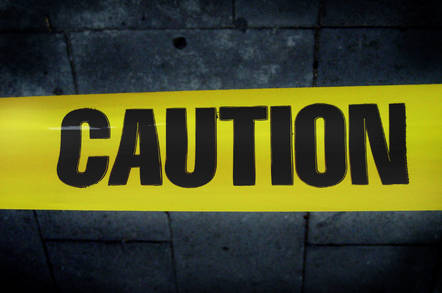 Sysadmins with older Juniper Networks kit have been left scrambling to keep their networks running after a security certificate expiration bricked their boxen.

The issue has been keeping mailing lists like AusNOG and J-NSP busy as users tried to work out whether it was a deliberate strategy to force people off the EOL gear – and whether there's a workaround.

Users of EOL kit like J2300 and J4300 routers discovered that Juniper Networks used a hard-coded X.509 cryptographic certificate in the systems – and that cert, which is used to securely connect to Juniper to check the customer's software licence for the router is up to date, has now expired.

With an old operating system version installed as well (prior to JunOS 12.1), the router can't verify the identity of the Juniper systems as the SSL cert is now invalid. This means it ultimately treats the installed software as unlicensed, and stops working.

According to a Q&A posted to AusNOG by Eintelligo's Skeeve Stevens here, Juniper is aware of the issue. Users with a current Juniper Networks tech support login are advised to check the knowledge base for TSB16366 (login required).

While Juniper says new JunOS 11.4 releases “will have the relevant certificate added as part of the image”, it seems the oldest OS versions – such as 9.6 – have to be upgraded because they're EOL. ®