ISPs CAN be ordered to police pirates by blocking sites, says ECJ 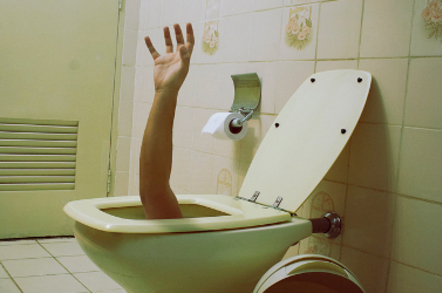 ISPs throughout the European Union's 28-member bloc can be slapped with injunctions to prevent their subscribers from accessing pirated content, Luxembourg's Court of Justice ruled today.

The decision comes after advocate general Pedro Cruz Villalón opined in November that telcos could be ordered to effectively operate as buffers between their customers and site operators who infringe copyright laws in Europe by blocking access to that material over their networks.

In 2011, Austria's Supreme Court sought guidance from the EU to determine what role ISPs should play in helping to enforce copyright regulations, following a legal dispute between Liberty Global-owned telco UPC Austria and two film companies in the country.

Cruz Villalón was asked to mull over whether an ISP should be seen as an intermediary whose services are used by a third party - such as the operator of a site with pirated content on it. He agreed that a telco could be viewed as a go-between in such a case and said that its services were, in turn, used by copyright infringers.

The ECJ concluded today in its judgment:

[A] person who makes protected subject-matter available to the public on a website without the agreement of the rightholder is using the services of the business which provides internet access to persons accessing that subject-matter.

Thus, an ISP, such as UPC Telekabel, which allows its customers to access protected subject-matter made available to the public on the internet by a third party is an intermediary whose services are used to infringe a copyright.

It added: "The Court states that internet users and also, indeed, the ISP must be able to assert their rights before the court. It is a matter for the national authorities and courts to check whether those conditions are satisfied."

The full ruling can be viewed here. ®