All's fair in love and war, including online trolling 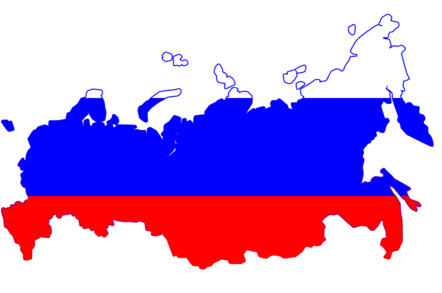 Self-styled Ukrainian hackers are bragging they dumped millions of stolen credit card numbers online – but the claims may simply be a political smear job amid tensions between Russia and the West.

A group calling itself "Anonymous Ukraine" boasted this week that it is in possession of 800 million credit and debit card details. In a bid to substantiate the claim, the crew said it had uploaded about 7 million of the cards to file-sharing sites and linked to archives of the data from two Pastebin posts.

These archives, 300MB in size, contained a mix of account details and magnetic-strip information for MasterCard, Visa, Discover and American Express cards, it was claimed. There's been some speculation that the data was sourced in part from hacked sales tills in Target stores across the US – some senior politicians blame hackers from Ukraine for infiltrating the retail chain's computers to swipe 40 million or so cards.

Curiously, a large number of the leaked cards appear to have expired. "There is one interesting set of files called 'Dumps + Pins' which contains around 35,000 records which look to be a lot more recent, with expiry dates in the future," noted Brook Zimmatore, chief exec at Massive PR, a firm that specializes in protecting the reputation of banks and other corporations.

Massive has been working with colleagues at IT security company Digital Shadows to assess the authenticity and source of the archives. Their preliminary findings suggest that the card dump has nothing to do with the hacktivists who formed the official, if we can use that word, Anonymous Ukraine clan.

Anonymous Ukraine has a few social network accounts to promote itself: @UkraineAnon on Twitter, Anon.Ukraine on Facebook, and Ukrhack on vk.com. These have been active for some time, and have drawn attention to the upheavals in Crimea, and the ongoing confrontations between Russia and Ukraine.

But none of these accounts have mentioned the credit-card leak, which was instead promoted using @Op_Ukraine. This Twitter profile has only posted messages about this card dump, and has only been active for three days.

"We think it is someone trying to make it look like Anonymous Ukraine," Zimmatore told El Reg. "[The leak] was not announced from their official social media accounts, and they are usually proud to announce such 'accomplishments'. We have seen it being discussed almost exclusively on Russian forums."

Before the DataLossDB news website published an article about the credit-card dump claims, word of the alleged mega-leak was confined to a Russian-language site and a Russian forum. All this points to mischief-makers who are more likely to be aligned to Moscow than Kiev. However, the source and veracity of the data dump, much less who was behind the uploading of it, remains unclear.

"Nothing there that provides evidence of who it is, however I would suggest that it is not Anonymous Ukraine – or at least not someone who is part of an identifiable section of it," Zimmatore concluded. ®