Word does not mean what she thinks it means 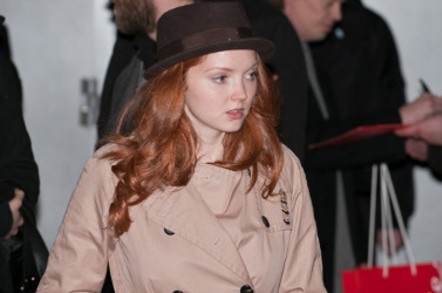 Special Report Why is the UK taxpayer funding a millionaire supermodel and actress to build a website that replicates the "Help Needed" pages of Craigslist and Freecycle? Using information gleaned from Freedom of Information requests, we’ve attempted to find out.

The model and actress Lily Luahana Cole, a Cambridge University art history graduate, describes her site Impossible.com as "a social network that allows people to post 'wishes' – things they may want, need or offer, which are then shown to other people... the only currency is an abundant one: saying thank you, which is always public.”

She says she was inspired to bring a "gift economy" to the world while on the Thai-Burma border in 2010, and won support from Wikipedia co-founder Jimmy Wales.

It’s not unusual for wealthy celebrities, particularly in the fashion world, to support good causes or have whimsical hobbies. What makes Impossible.com highly unusual is that it received support from the taxpayer. And nobody seems quite sure why.

Lily Cole had a net worth of £7m when she applied for public funding for the website two years ago. The millionaire model received more funding than other applicants to the fund, while hundreds of applicants received nothing. Impossible.com went live in November, in a blaze of publicity. Wikipedia co-founder Jimmy Wales declared his public support. Freud Communications took on the PR. Last week the site "launched" in the USA, with yet more publicity. It boasts a slick iPhone app.

However, four months on, the Impossible.com is a desolate and melancholy place. Few postings get any response at all. Even following very heavy media promotion, the site has failed to make an impact on social media either. It currently boasts just over 3,000 Twitter followers and 1,300 Facebook Likes. From the original grant of £200,000 that’s £66 per follower, or £150 per Like.

Even with Freud PR's help, nothing much happens at Impossible.com

So how did this happen? For answers we needed to look at a curious corner of the British state, the Cabinet Office.

Historically, the Cabinet Office has been a tiny Whitehall department that provides administrative support to the Cabinet, and acted as a broker between Government and departments. When it was established in 1916 the UK was the hub of a global empire. However, its role has expanded far beyond that of a modest support team responsible for room bookings and paper clips. New Labour, when it came to power in 1997, interpreted the “support” role very broadly, interpreting it as “improving service delivery”. This gave it the power to intervene almost at will, anywhere the state was providing a “service”. Today’s Cabinet Office boasts an extensive and incongruous list of functions.

A 2010 report by the House of Lords' Select Committee on the Constitution criticised the way in which the sprawling department had become unaccountable. Even former chiefs of the Cabinet Office – holders of the job title Cabinet Secretary – couldn’t agree on who reported to whom, the select committee discovered. The Cabinet Office had become a mystery beyond the comprehension of even Sir Humphrey.

What was agreed was that the Cabinet Office had gradually turned into a mechanism to make policy for the Prime Minister, who, unlike the President of the USA, has no personal “department” of her or his own. In practice, this meant that the Cabinet Office was expressing the fads and enthusiasms of David Cameron's advisors - an unelected elite of policy wonks.

Examples of the kind of enthusiasms that grip the current generation of advisors under the Coalition include the Behavioural Insight Team (aka the "Nudge" unit) and the establishment of a major UK IT contractor in the shape of the Government Digital Service, GDS. Along the way the Cabinet Office has acquired one important “miscellaneous” function - charitable donations.

Next page: The mean-well explosion
Page:
Tips and corrections
85 Comments