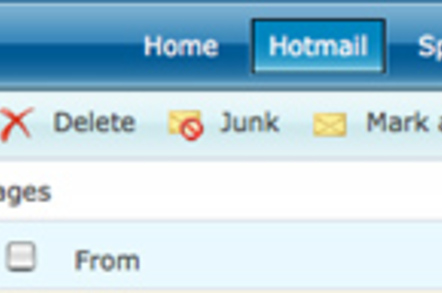 Microsoft has moved to address concerns caused by news it rummaged through a blogger's Hotmail inbox as part of an investigation into an employee's conduct.

As we've reported, even though this is a tremendous PR cock-up, Microsoft was well within its rights to dive into a blogging hack's private Hotmail account to root out an alleged Windows 8 leaker – all thanks to the terms and conditions attached to its Outlook.com and Hotmail services.

But in these post-Snowden times, the thought of anyone scouring a private email account is bound to raise eyebrows. A great many have arced skywards since news of this case emerged, and Microsoft has responded in a widely circulated statement penned by Redmond veep and deputy general counsel John Frank.

That statement kicks off by saying, “We believe that Outlook and Hotmail email are and should be private. Today there has been coverage about a particular case” and goes on to explain that, henceforth, Microsoft won't peer into anyone's inbox unless “a legal team separate from the internal investigating team” believes “there is evidence of a crime that would be sufficient to justify a court order, if one were applicable.”

“As an additional step, as we go forward, we will then submit this evidence to an outside attorney who is a former federal judge. We will conduct such a search only if this former judge similarly concludes that there is evidence sufficient for a court order.”

The statement continues as follows:

“Even when such a search takes place, it is important that it be confined to the matter under investigation and not search for other information. We therefore will continue to ensure that the search itself is conducted in a proper manner, with supervision by counsel for this purpose.

Finally, we believe it is appropriate to ensure transparency of these types of searches, just as it is for searches that are conducted in response to governmental or court orders. We therefore will publish as part of our bi-annual transparency report the data on the number of these searches that have been conducted and the number of customer accounts that have been affected.”

Microsoft employees won't be bound by this new code if “we find in the course of a company investigation are using their personal accounts for Microsoft business. And in these cases, the review will be confined to the subject matter of the investigation.”

The external review, slow pace of investigation and disclosure appear to be welcome additions to Microsoft's practices. But the new policies would have made no difference in the USA v. Kibkalo case we report on in the link above.

Lots of sound and fury has therefore produced a win, but not for the currently aggrieved party. Nor does protest appear to have changed Microsoft's requirement that “you consent and agree that Microsoft may access, disclose, or preserve information associated with your use of the services ... [to] protect the rights or property of Microsoft or our customers.” Microsoft will now act on breaches of that wording more respectfully. But Frank's statement makes no mention of removing that clause from its contract with Hotmail and Windows Live users. ®