In a good way, of course 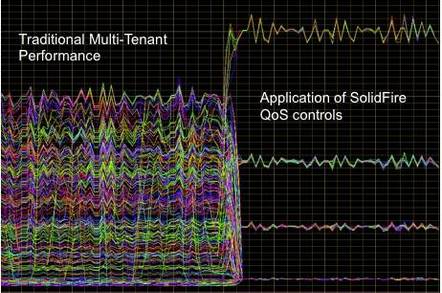 Cloud all-flash array startup SolidFire has announced Carbon, v6.0 of its Elements operating system - claiming it is the "most feature-rich, enterprise-class all-flash storage on the market."

For a quick review of SolidFire features read this previous Reg story and this one about its SF 9010 array.

Dave Wright, SolidFire's founder and CEO, talks of "internal storage services that are more agile, scalable, automated, and predictable than ever before.”

SolidFire says the new backup facility dramatically accelerates backup performance, and both "CSP and Enterprise customers can now effortlessly scale backups for thousands of hosts and applications." Additional details about the backup facility:

The sixth version of the Elements OS should be generally available in the second quarter of 2014. ®

Analysis Back in the ring... so what are its chances?