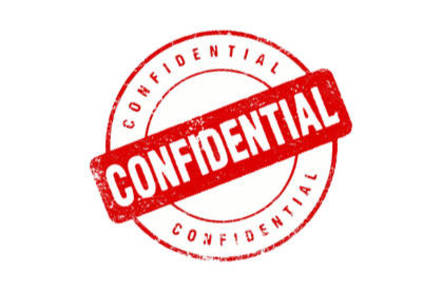 The legendary Full Disclosure mailing list, where security researchers posted details of exploits and software vulnerabilities, is shutting down.

The service, which had been running for nearly 12 years since July 2002, has been suspended indefinitely after list admin John Cartwright was no longer prepared to put up with the hassle of running the thing. He reached breaking point when an unnamed researcher demanded he delete multiple posts from the archive, as Cartwright explained in a post to the list on Wednesday:

When Len [Rose] and I created the Full-Disclosure list way back in July 2002, we knew that we'd have our fair share of legal troubles along the way. We were right. To date we've had all sorts of requests to delete things, requests not to delete things, and a variety of legal threats both valid or otherwise.

However, I always assumed that the turning point would be a sweeping request for large-scale deletion of information that some vendor or other had taken exception to.

However, taking a virtual hatchet to the list archives on the whim of an individual just doesn't feel right. That 'one of our own' would undermine the efforts of the last 12 years is really the straw that broke the camel's back.

I'm not willing to fight this fight any longer. It's getting harder to operate an open forum in today's legal climate, let alone a security-related one. There is no honour amongst hackers any more. There is no real community. There is precious little skill. The entire security game is becoming more and more regulated. This is all a sign of things to come, and a reflection on the sad state of an industry that should never have become an industry.

The Full Disclosure list served an important role in quickly alerting IT and infosec professionals to newly discovered computer security vulnerabilities: some holes were documented on the list with zero days' notice for the affected vendor; some were disclosed after patches had been developed and distributed. In either case, the threat of disclosure was seen as enough to encourage vendors to take shoring up security seriously.

But the emergence of exploit brokers and the ability to making money through selling zero-day exploits to governments has changed everything. In some ways Full Disclosure is a relic of a more innocent age of internet security.

Even though it has been the place to find Oracle Database, Apache web server and Linux kernel zero-days, in recent years it's admittedly carried a lot of posts revealing cross-site scripting flaws in blogs and similar low hanging fruit. Yet, its demise attracted strong reaction from the security industry.

Russ Spitler, veep for product strategy at AlienVault, commented: "This is a real step backwards for the security community. While the loss of a news source like Full Disclosure will be replaced, the reason for the shutdown is the real loss for the community.

"For years security by obscurity was the prevalent approach even among large software vendors – pressure from forums such as Full Disclosure helped changed that approach. The large vendors took charge of their security problems, established private disclosure processes, created communication channels about their security issues and formalized their approach to addressing the root causes.

"Microsoft has to be given credit and can be taken as an example of how the largest of companies can create and establish security programs to head off these problems."

Next page: Welcome to the world of no disclosure – more reactions
Page:
Tips and corrections
25 Comments

Microsoft reveals xlang: Cross-language, cross-compiler and coming to a platform near you

A lovely bit of open-source interop for the weekend