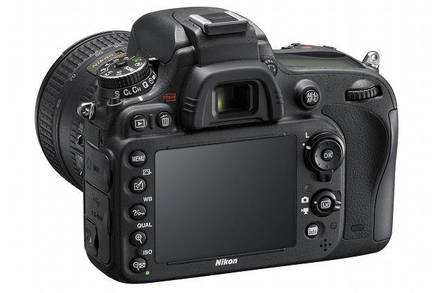 Nikon is braced for weeks of fun after it was targeted by Chinese state broadcaster CCTV in an annual consumer complaints show which last year forced a grovelling apology from Apple.

This year the program focused on the Japanese camera maker, among others, claiming that some of its D600 cameras were sold with black spots on the lens and that staff in China had refused requests to replace the dodgy kit.

In fire-fighting mode, Nikon took to Weibo to say it was taking the allegations “very seriously” and was improving its after-sales service.

From today, based around an attitude of responsibility towards our users, Nikon will continue to offer our customers in the China market a high-quality, standardised global service.

The D600 has already been criticised in other markets for the same defects, leading to a Nikon statement on 26 February promising to clean the camera and exchange any defective parts past warranty.

However, this apparently wasn’t good enough for CCTV, which usually tries to whip up consumer outrage by claiming punters in the Middle Kingdom aren’t treated as well by multinationals as customers in other markets.

So it was with Apple, which last year was branded “greedy” and “incomparably arrogant” by state media after the 3.15 show excoriated its after sales service.

Eventually CEO Tim Cook was forced to publicly express his “sincere apologies” to the nation in a bid to draw a line under the problem.

Nikon will be hoping for a swifter resolution to its current problems considering it made ¥118 billion ($1.16bn,£697m) from China last year.

Its shares dropped to a five week low of ¥1,686 on Monday after the broadcast, according to Reuters.

It should be mentioned, however, that a backlash of sorts against CCTV's "investigative" programs has erupted of late.

Most notably, last year netizens were quick to deride the state broadcaster after it appeared to have targeted Apple in a co-ordinated smear campaign.

Others complained that in over-hyping such stories, the broadcaster is wilfully turning a blind eye to the more important problems facing Chinese society like food safety and pollution.

Whatever the rights and wrongs of the show's editorial decision-making, that sound you can hear is a giant sigh of relief from every other technology vendor in the world that wasn’t targeted by CCTV this year. ®