This city's smog is so TERRIBLE, people are told to stay indoors. Beijing? No – PARIS 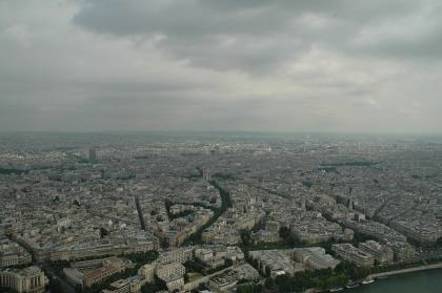 Residents in romantic Paris are advised to take public transit and avoid cars as the city was today shrouded with a heavy cloud of pollution.

City officials have made public transportation free in the French capital through the weekend as the European Environment Agency (EEA) warned of "unusually high" pollution levels across France, Germany and Belgium.

The French Energy, Climate and Air ministry advised Parisians to take transit or join a carpool in the city and, if possible, avoid strenuous activity least one suffer respiratory irritation from the extra chunky atmosphere.

Additionally, the ministry said it would lower speed limits and divert some heavy goods shipments in order to reduce emissions. Young children, pregnant women and elderly folks are urged to stay indoors between 12pm and 4pm on particularly pollution-heavy days.

The pollution was apparently worsened by warm temperatures and a lack of wind to disperse the airborne filth, causing smog to gather and settle over many regions of Western Europe.

Meanwhile, the UK Department for Environment, Food and Rural Affairs has advised those in London with heart and lung conditions to avoid strenuous activity.

The EEA's air quality tracking system noted extremely high levels of particulate matter pollution over the week; in some areas of France concentrations have reached double the recommended limit. Such levels, said the agency, would be considered abnormally high even for smog-shrouded areas in China.

It should be noted, however, that the episode does not measure up to the pollution peaks seen earlier this year in China. The EEA said Beijing and other Asian cities at their worst will reach four to five times the pollution level seen in Paris this week.

In those episodes, toxic air brought some cities in northern China to a standstill, while citizens in smog-shrouded Beijing were treated to video footage of sunsets.

In other parts of China, the smog epidemic has become so severe that researchers likened the resultant damage to crops to the effects of a nuclear winter. ®