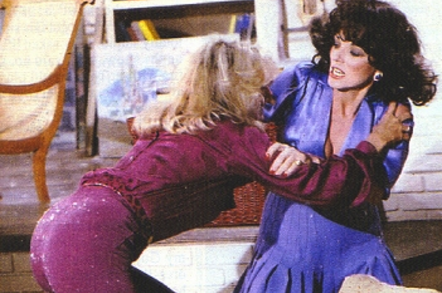 Brussels' antitrust chief Joaquin Almunia is refusing to reverse the planned settlement deal he has agreed with Google over the company's alleged abuse of its dominant market position on search.

His seemingly stubborn refusal to change direction on the proposed agreement was highlighted this week during secret, two-hour-long talks with 12 MEPs in Strasbourg on Tuesday.

It's understood, however, that the politicos declined to support the commissioner's desire to bring his lengthy investigation of Google to an end by sealing a deal with the multinational that - if waved through by Brussels - stops short of sanctions or any admittance of wrongdoing, but that will be legally-binding and closely scrutinised for five years.

In a confidential operational note shared with MEPs by the European Commission, and seen by The Register, Almunia strangely draws a distinction between Google's search business and that of its rivals in the EU.

Google has made far-reaching concessions as to the presentation of rivals on its pages. Although the commitments do not guarantee equal treatment between Google's services and its competitors' services, they require Google to make rival links visible to users and to present them in a display format which is comparable to that of Google's. For instance, if Google links have an image, rivals will have an image of the same size and quality. If Google links become richer, for instance with a video, rivals will also have a video.

This will give rivals the opportunity to attract traffic, to the extent that the service they provide matches users' needs.

But critics might argue that the 28-nation bloc's competition boss was marking Google out as an exceptional case that deserves special treatment because its service is supposedly superior to others in the search market.

Imposing strict 'equal treatment' - in the sense that Google should apply the same algorithm to rank all search results including its own – would not be indispensable to remedy the competition concern identified by the Commission.

Therefore it would not be justified under EU antitrust rules. It could mean imposing Google, in certain cases, not to display its own services on its own page. This would be an unprecedented constraint imposed on a company.

It could also mean returning to the old world of Google displaying only ten undifferentiated search results - the so called 'ten blue links'. This would deprive European users from the search innovations that Google has introduced.

Complainants in the case, including UK-based price comparison website Foundem, have urged Almunia to rethink his decision. Earlier this week, the company wrote a letter to the commissioner.

"If the Commission were to adopt these proposals, Google would gain sole possession of the free, natural search traffic that has hitherto fuelled the internet revolution, and the Commission will have unwittingly granted Google a five year mandate to increase substantially the anti-competitive advantage Google already affords its own, often inferior, vertical search services," Foundem argued.

An anonymous complainant, meanwhile, in the case claimed to El Reg that the document handed out to MEPs from the Commission was "riddled with apparent misunderstandings of the markets and generalities. It appears to be almost entirely what Google dictated into Almunia's pen."

Almunia hopes to silence critics by firing off so-called pre-rejection letters to formal complainants in the case to explain why he thinks Google's revised package of concessions to the Commission address the competition concerns he had identified.

He will also dismiss other issues raised by the complainants on the grounds that they are "unfounded". ®