Jury's out on economic efficiency, though, says NAO 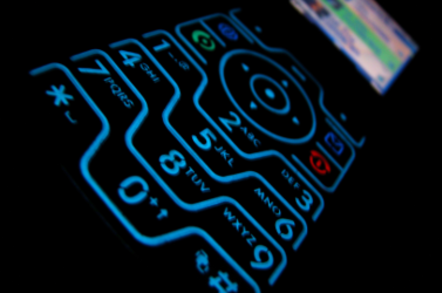 The auctioning off of radio spectrum for the delivery of "4G" mobile broadband services did not result in the distortion of competition in the market, a spending watchdog has said.

The National Audit Office (NAO) said that the 4G auction run by the UK's telecoms regulator Ofcom last year achieved one of its two main objectives by ensuring a competitive mobile market was maintained following the auction. However, it identified potential issues with how competition may evolve in the market in future as 4G services become more advanced.

"The four existing national wholesalers were all allocated at least the amount of spectrum that Ofcom had judged to be the minimum required to ensure their medium-term viability," the NAO said in new report on the 4G radio spectrum auction (34-page/291KB PDF).

"A new entrant, Niche (BT), was also allocated a substantial holding of spectrum."

"However, only EE and Vodafone have enough adjacent spectrum to offer advanced 4G services with higher download speeds in future, with EE having the largest amount of spectrum in total.

The term "4G" is generally used to refer to mobile broadband services delivered using the next generation of mobile broadband technologies; including Long Term Evolution (LTE) and WiMAX. LTE technical standards make more efficient use of radio spectrum, which makes them ideally suited for the high bandwidth data services including video streaming, social networking and GPS and mapping services used by smartphones and laptops.

In February 2013, Ofcom announced that Vodafone, EE, Telefónica (O2), Hutchison 3G (Three) and Niche Spectrum Ventures (a BT subsidiary) had spent more than £2.3bn between them in acquiring spectrum for the purposes of delivering 4G services. The spectrum purchased by the telecoms firms is in the 800 MHz and 2.6 GHz frequency bands.

In its report, the NAO also assessed whether Ofcom achieved its other main objective from the 4G auction which was to achieve an economically efficient allocation of spectrum. The watchdog said, though, that it could not yet confirm that this objective has been met.

The NAO cited some reasons why it could not confirm the economic efficiency of the spectrum allocation, including pointing to the effect the auction rules had on the value of bids and on how "budget constraints" may also have resulted in undervalued bids for spectrum being submitted.

It also said that Three may have been able to win access to spectrum that had been reserved for either it or new entrants to the market at a lower price than it may otherwise have paid because it knew it was the only bidder for that spectrum.

In addition, the economic efficiency of the 4G auction's spectrum allocation remains unknown because not all the spectrum that was allocated in the auction has yet been put into use yet, the NAO added.

The watchdog said that Ofcom should "conduct a review of the competitive operation of mobile telecommunications markets before offering further spectrum for auction". In addition to monitoring whether the winning bidders are making full use of the spectrum allocated to them, the regulator should also monitor "whether the £20bn of expected consumer benefits from 4G services are being realised", the NAO said.

The way spectrum auctions are designed should also be tailored by Ofcom with reference to the circumstances facing likely bidders, such as whether they are under budgetary constraints, it said.

In its spectrum strategy published earlier this week, the UK government announced that it would better harmonise the reallocation of radio spectrum used by public sector organisations with spectrum released in the private sector and with decisions made about spectrum allocation internationally.