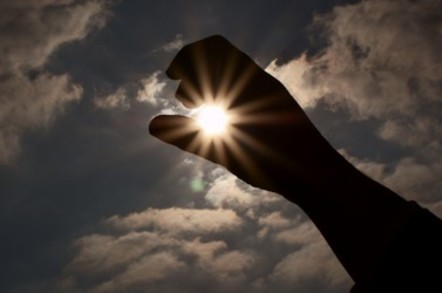 It’s no way to celebrate a milestone birthday. Salesforce.com may claim to help 100,000 companies understand their businesses and make money, but in the week Salesforce turned 15, it emerged that the firm needs to get its own house in order.

Chief financial officer Graham Smith revealed in a correspondence with the US Securities and Exchange Commission (SEC) that the enterprise software firm’s financials aren’t exactly clear.

In the document posted on 4 March on the SEC’s site, Smith responds to an SEC query regarding revenue growth in the company’s financial year ending 31 January 2013, and makes the following, eye-opening admission:

“...we currently do not have financial systems and controls in place to be able to accurately quantify the percentage of our total revenue derived from subscriptions to the Sales Cloud or any other core service offerings in any particular fiscal period.”

This was prompted by the SEC, which had asked Salesforce to quantify what it meant when it said it made the most of its money from Sales Cloud subscriptions.

The company is now implementing financial reporting systems “that will enable us to quantify our cloud-specific revenue” before the end of the company’s current 2015 fiscal year. “Once such information is available, we will provide appropriate disclosures of cloud-specific revenue and related trends on a going forward basis,” he adds, in the letter dated 27 September 2013.

Smith will not personally be involved in those systems or any subsequent financial work as he’s retiring this month, Salesforce said in late February.

"Clearly Salesforce is a phenomenal success and investors should remember that a quality business and quality financial reporting need not go hand in hand," active investor James Ryans writes here. "But an enterprise software company should be embarrassed if it is incapable of basic analysis of its own sales data."

The timing couldn't be worse as Salesforce customers look for support for their analytics ambitions – and find it has seemingly taken its eye off the ball when it comes to insight into its own operations and performance.

The revelation is particularly interesting in light of a one-to-one conversation between El Reg and Salesforce.com co-founder Parker Harris at the company’s Dreamforce conference in November last year, which suggested that Salesforce.com’s challenges don’t end with its own internal operations.

At the show it was mobility, not analytics, which dominated the agenda – with the reason being that the company used the gathering to showcase Salesforce1, a new platform release designed to connect companies and their customers through mobile devices.

But Harris also spoke frankly with El Reg about the analytics function gap in Salesforce.com’s products. Is it fair to say, we asked, that in the push for more mobility and a frenzy of acquisitions designed to bolster the company’s "social enterprise" and "marketing cloud" credentials, business intelligence and analytics tools have taken something of a back seat?

“I think that’s right. We could and should have solved more on analytics, but it’s hard to do it all,” he said. “But I absolutely agree that analytics has to be solved and we see that as the next big area for us.”