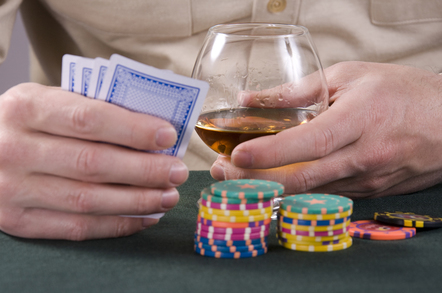 A New Zealand lad is finally feeling the full effect of a lost poker bet some five years after he was obliged to change his name to "Full Metal Havok More Sexy N Intelligent Than Spock And All The Superheroes Combined With Frostnova."

According to the New Zealand Herald, the 22-year-old Normanby local duly registered his new moniker back in 2010, having filled out the paperwork and stumped up the fee.

Only now that his passport has expired will Mr Frostnova have serious cause to meditate on the advisability of staying sober during card games. No doubt his new passport will provide plenty of entertainment at airports should he attempt to leave the country.

At 99 letters, Mr Frostnova's epic title is one character short of the Department of Internal Affairs' (DIA) 100 letter maximum. Grounds for the DIA to reject applications are if proposed names "cause offence to a reasonable person, are unreasonably long, or without adequate justification include or resemble an official title or rank".

As the NZ Herald notes, the courts may also intervene in the case of parents attempting to slap their sprog with a bloody silly name. In 2008, a judge made nine-year-old Talula Does The Hula From Hawaii a ward of court so she could sort herself a plausible appellation.

Young Frostnova can undo the damage by submitting a new name application and coughing the $127 fee, a DIA spokesman said. ®

Blood king of the tyrannosaurus, grandad of T-Rex

Don't waste your energy on Docker, it says here – wait, that can't be right...

Long tasks that consume more juice are worth it, though

Duo finds a tidy profit pawning off cans of atmosphere

Hardcore creationist finds 60-million-year-old fossils in backyard ... 'No, it hasn’t changed my mind about the Bible'

Flushed with success: No bog standard Canadian goldfish these